Kuleshov Effect: Everything You Need to Know

"Cinema magic" - how often have we heard this phrase, haven't we? We do not really understand what it is, and we can hardly explain it adequately, but we're sure that it exists. How does this happen?

As in the case of the magician, of course, there is no magic here. Like the magician, the filmmaker just featly uses his skill and twist of the wrist in order to eventually deceive the viewer. Whatever you are told, deception is the ultimate goal of any director. His or her task is to make you believe that what you see is actually happening, for at least a couple of hours.

Yes, not all filmmakers manage to deceive the viewer so skillfully and control his attention, eyesight and emotions. However, in the short history of the film industry, there were brilliant filmmakers who really changed the course of the development of all cinema and their techniques became the gold standard forever. Today we will talk about one of such brilliant cinematographers - Lev Kuleshov.

Lev Kuleshov was a Soviet filmmaker and one of the founders of the Soviet film school. Today, he is widely recognized as one of the foremost innovators in the industry, and his work and experimentation are basic techniques found today in the films of directors such as Alfred Hitchcock, Steven Spielberg, and so on.

Working at the dawn of cinematography with silent cinema, Lev Kuleshov learned this art, and therefore it is not surprising that some of his experiments eventually became the basis for the creation of films. Today we will talk about one of such experiments and it is related to editing techniques.

Thanks to this experiment, Kuleshov verified his theory that the sequence of shots during editing is of key importance and that the second shot can radically change the attitude and feel of the shot that came first. Let's talk about that in more detail.

How Did Kuleshov Prove His Effect?

Kuleshov set himself the task of checking how the sequence of frames affects the viewer's perception of the information shown. In order to test this theory, Lev made three plans for the Russian silent film star Ivan Mosjoukine, who simply sits and stares motionless somewhere. At the same time, the viewer does not understand where he is looking. After that, three separate plans were made:

After that, the film with the close-up of the actor was cut into three identical pieces and glued to each of the above three frames. Everything was ready for the experiment, and Kuleshov gathered a group of his colleagues for a demonstration. They were divided into three separate groups.

The first group was shown an excerpt with a close-up shot of Mosjoukine, looking at the bowl of soup. The second group appreciated the close-up of the actor and the footage of the child lying in the coffin. Finally, the third group of people watched an excerpt in which the actor is looking at a girl sleeping on the couch.

All of Kuleshov's colleagues did not know about the essence of the experiment. After watching, independently of each other, viewers came to three completely different conclusions. So, the first group was sure that the actor Ivan Mosjoukine was severely hungry and attracted by the prospect of a delicious dinner.

The second group was completely sure that the actor felt great bitterness and sadness when looking at the child lying in the coffin. Finally, the third group confidently stated that Mosjoukine felt a sense of lust when looking at a woman lying on the couch. And everything would be fine, but all these people did not realize that Kuleshov showed them absolutely identical shots of the actor looking ahead.

Despite this, the frame following the close-up completely changed the perception of the previous frame, giving it new meanings. This phenomenon became a breakthrough in editing technique and was nicknamed the "Kuleshov Effect".

Why the Kuleshov Effect Still Matters 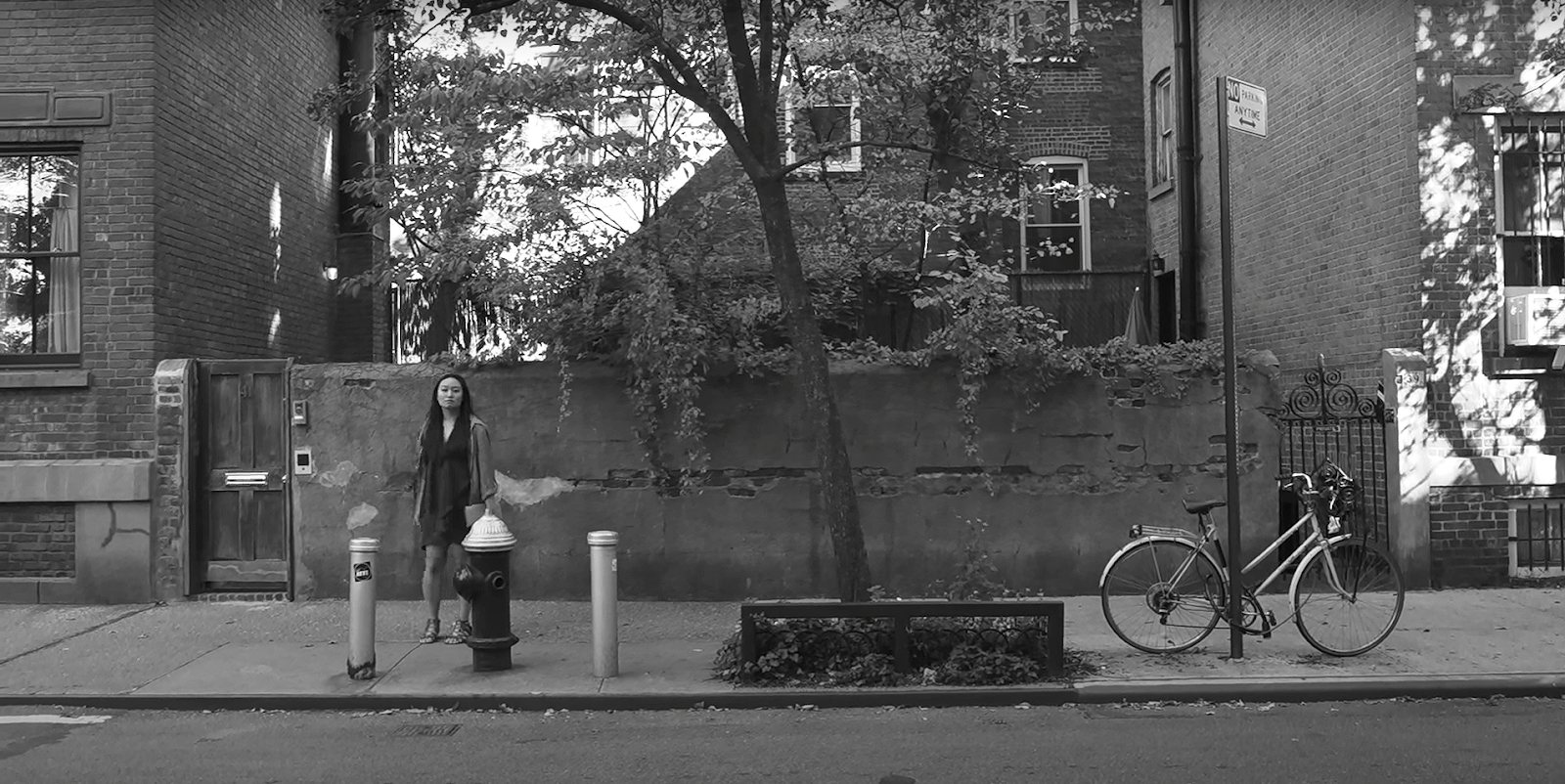 Speaking about the Kuleshov Effect’s importance, we always want to make a comparison with something absolutely obvious and not raising questions like the one that heads this section. Asking why the Kuleshov Effect is still so important is like asking why a police officer needs to carry a gun. This is so obvious that there is no doubt about it.

The Kuleshov effect is just a spectacular name, behind which stands, in fact, a basic understanding of the technique of making a movie. For uninitiated people, good acting and a camera aimed at the actor are enough to create a good scene or film with powerful music. But people who are more in-depth into the industry of filmmaking understand perfectly that we end up seeing on the screen not what the cameraman shot, but what was left after hundreds of hours in the editing room.

The Kuleshov effect, in fact, speaks of the correct sequence of frames that must be observed during editing, as well as the continuity of such scenes. The effect is so important because it conveys the meaning of an entire scene or movie. You cannot show a laughing and joyful mother, and the next shot is her dead child. Unless, of course, you want to show the madness of the mother, who has gone mad and laughs at such grief.

Correctly arranging shots one after another, the director and editor achieve the message of the idea that they want the viewer to see. Having assembled such frames incorrectly, the meaning of the scene or film is not just lost, but changes dramatically and begins to carry a new message, which can lead to a huge misunderstanding on the part of the viewer. This is why the Kuleshov Effect is so important today.

Alfred Hitchcock and the Kuleshov Effect

Of course, such a breakthrough discovery could not but arouse admiration on the part of Kuleshov's colleagues, including in Hollywood. One of Lev's biggest fans was Alfred Hitchcock, who took Kuleshov's technique and skyrocketed it to the absolute in his horror films, pumping suspense to the maximum level. We invite you to consider two examples from two of Hitchcock's iconic films.

The first example is, of course, the excellent film Rear Window, which tells the story of a professional photographer suffering from idleness, who is forced to sit at home all the time. Out of idleness, the main character begins to spy on the neighbors in his yard through the camera lens.

Using close-ups and long shots, Hitchcock achieved two goals: to show the setting for the viewer and the main character's reaction to what he saw. This is a great example of the Kuleshov Effect, as it conveys the emotions and reactions of the actor, with his growing paranoia, to the shots that we see before. In other words, this is the same example that Kuleshov himself used at the beginning of his experiment, just the opposite.

Another example is the iconic shower scene from Psycho. This is where the Kuleshov Effect is best seen, as the audience understands the meaning of the information that is not actually being shown. It is transmitted through a sequence of frames. So, all viewers understand that the main character is dead, although no one saw the frames with a knife hitting her body.

In fact, there are such frames, there are several of them, but they are edited so quickly that it is impossible to disassemble whether a knife has hit or not. It’s only because we can see the expression on the actress’s face and the way these frames are positioned that we realize that Norman Bates killed his victim.

Examples of The Kuleshov Effect

Since the Kuleshov Effect is essentially the only correct framing technique, there are a lot of examples of its use, but we will focus on the following:

1. All Soviet films of the first half of the 20th century, including such classics as "Battleship Potemkin" by Sergei Eisenstein and "Man with a Movie Camera" by Dzigo Vertov.

"A Space Odyssey: 2001" by Stanley Kubrick. It is thanks to the Kuleshov Effect that we become aware of the emotions of the red light bulb, which is the HAL-9000 supercomputer. In addition to reading the invisible emotions of computer artificial intelligence, here you can also recall the famous lip-sync scene when two astronauts retire to another sealed room to discuss what to do with the HAL, while the computer itself understands their dialogue due to the fact that it reads lips.

2. Another great example is a scene from Episode 4 of Star Wars where Obi-Wan tells Luke about how Darth Vader betrayed and killed his father. Watching this scene, thanks to the great acting of the actor, you can see that there is more meaning in this. This is a hint that Lucas leaves us with what we learn in the next film - Darth Vader is actually Luke's father.


Also, the scene at the end of Episode 4, when Darth Vader aims at Luke's X-wing and says that the force is very strong with this pilot, serves the same purpose as the scene with Obi-Wan: to hint to the viewer that these two characters actually have a much stronger bond.

3. "Arrival" by Denis Villeneuve. A great film that keeps us fools from the very beginning, showing us, as we are sure, flashbacks with the death of the protagonist's daughter. Only at the end of the film will it become clear that in fact, these were flash-forwards, and the main character is stuck in time and sees these fragments of the future unknown to her as spontaneously as we do. 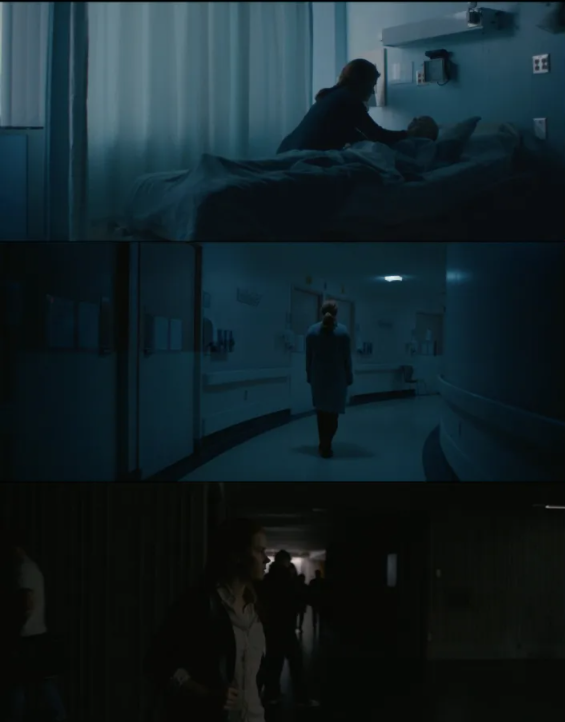 4. "Shutter Island" by Martin Scorsese. A masterfully made picture of how contagious insanity is. Watching the film for the first time we see the story of a detective who is investigating the case of a missing patient of a mental hospital. Watching the film for the second time, we see a story about a patient of this very hospital, over whom the doctor is experimenting.

At the same time, hints at the true essence of the film and the plot twist at the end are placed everywhere, we simply do not notice them, due to the fact that the technique of applying the Kuleshov Effect conveys other information to us and confuses us, forcing us not to notice obvious hints. For example, in one of the scenes, the witness drinks water from a glass, while her hand is empty. But due to the fact that immediately after this shot we have a close-up of DiCaprio, who does not notice it, we also don't pay attention. That's the perfect example of the Kuleshov Effect.

The Kuleshov Effect for Modern Creators

It is very difficult to overestimate the importance of the Kuleshov Effect for the entire history of cinema and for modern filmmakers. Any Director will confirm: the Kuleshov Effect is a key editing technique used throughout modern cinema by artists such as Denis Villeneuve, George Lucas, Steven Spielberg, Christopher Nolan, and so on.

The entire film production industry is as we see it now, in many ways thanks to Lev Kuleshov.