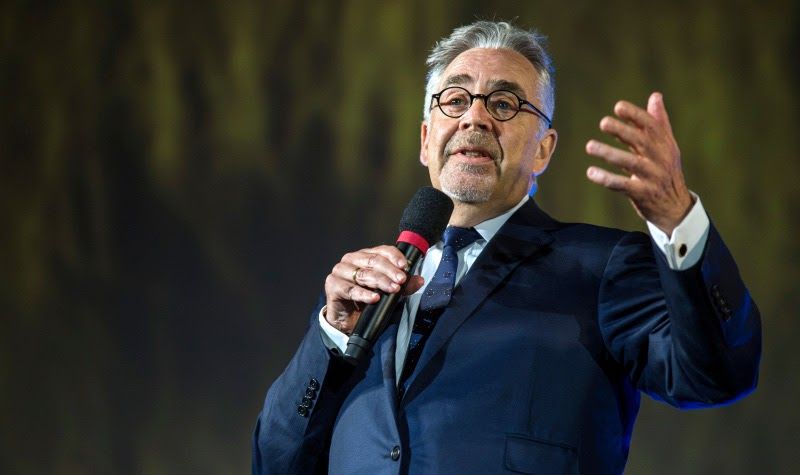 Howard Shore in The Lord of The Rings: How to use leitmotif technique to create a masterpiece?

Music is an ancient art that has been a constant companion of human beings for several thousand years. The technique, which we will talk about today, however, was popularized only much later by the famous German composer Richard Wagner.

Wagner said in his memoirs that one day he came up with the idea that music can not only be listened to and perceived but also connected with your own experiences and feelings. So, communicating with the audience, he learned that many of them associate his works with some kind of personal experience.

Pondering this phenomenon, Wagner came to the conclusion that, as an experiment, he could try to create such music that, compositionally and structurally, would only work to evoke in people some clear associations with a place, time, or event. So, he came up with the idea of a leitmotif technique, which a few hundred years later was brought to perfection by film composers of the 20th century.

Perfect Collaboration with a Picture

For the modern viewer, the technique itself is not some kind of revelation. We are all accustomed to seeing how the musical accompaniment in the movie serves to enhance the effect of what is shown on the screen. However, at the beginning of the 20th century, the situation with music in films was much worse.

Until the 1940s and 1950s, film music was only a kind of accompaniment on the piano and was intended to fill silent or quiet scenes when the actors in the frame were not speaking. However, already in the 50s, whole orchestras began to be invited to create music for films, the size of which could sometimes exceed 100 people.

Ennio Morricone was the first to elevate the leitmotif technique in cinema to the absolute. During his work on the dollar trilogy by Sergio Leone - For a Fistful of Dollars, For a Few Dollars More, The Good, the Bad, and the Ugly - Morricone decided to resort to the technique popularized by Wagner, thanks to which he managed to create the perfect accompaniment for the main characters, without oversaturation of the film with his music.

Musical inserts, separate for each of the central characters, echoed here and there and firmly sat in the heads of the audience as an integral part of the image that the actors embodied in the cinema.

Let's move on to the main topic of our article and talk about Howard Shore's work with Peter Jackson. In general, all of Shore's work in the trilogy deserves the highest awards and applause, but in this article, we will focus on his work in the first film - The Fellowship of the Ring. And more specifically, the main musical theme of the film - the theme of the Fellowship - has the maximum and most interesting number of performances in the film.

Shore, while working on the film, decided to create several main themes. In addition to the Fellowship theme mentioned above, it is also the Ring theme, the Lothlorien Elves theme, the Hobbits of the Shire theme, the Isengard theme, the Mordor theme, the Gondor theme, and the Rohan theme. In order to better understand how Shore uses the leitmotif technique in the first film of the trilogy, let's look at specific examples.

So, even before the moment you see the first frames of the film or hear the first words spoken, you will hear a somewhat minor musical theme, accompanied by a chorus. This is the theme of the Lothlorien elves, which heralds Galadriel's introduction with the opening words of the film and the beginning of her tale of the Ring.

We hear Bilbo marking the date and time of the world in which we are now with him, while the theme of the Hobbits of the Shire sounds in the background. It sounds exactly until the second when the name of the first film appears on the screen and the theme of Fellowship sound for the very first time in the trilogy.

If the way Howard Shore managed to weave 4 musical themes into one narration in the first 7 minutes of the film and give each event and object of the narration its own mood and harmony still does not convince you how hard and masterpiece work it is, then wait a minute, here's more.

As we said, we will focus on the Fellowship theme, which comes up for the next time after the intro in the scene where Frodo and Sam with leaving the Shire on Gandalf's order. In the scene of crossing the border of the Shire, we first hear the echoes of the Hobbits theme, but already with the first steps so far from home, the calm theme of the Fellowship plays. It, however, immediately contrasts with a much more powerful and disturbing variation that sounds in the scene of Gandalf's arrival in Isengard. Howard Shore hints at the further betrayal of Saruman.

Throughout the first half of the film, the Fellowship theme seems to be gaining momentum. More and more instruments are added to its arrangement until finally, it plays in all its glory and splendor in the scene when the already fully formed Fellowship of the Ring leaves Rivendell and embarks on their journey.

Like the Fellowship itself, its musical theme starts small and gradually gains momentum until it finally reaches its climax at the moment when the Fellowship is formed and united. The next time in its full and triumphant version, the theme will be heard in the mines of Moria, the last time the Fellowship will act as one.

We hear a faint, slow, and calm variation of the theme, hinting that nothing is left of the Fellowship itself and Frodo will have to act alone in the future. And almost immediately, this theme contrasts with the next scene in which Aragorn calls on Gimli and Legolas to join him in pursuit of Uruk Hai in order to save Merry and Pippin. Shore lets us know that although the Fellowship has disintegrated, its spirit is still strong in these three, and they won't abandon their friends. Therefore, the composer accompanies this scene with a much more solemn variation of the theme, albeit far from its full form.

Working with the Fellowship theme in the first film of the Lord of the Rings trilogy, you can see how the genius composer uses the leitmotif technique to complement an already rich world. Each nation playing an important role in the film has its own musical theme. And Fellowship, as the key object of the first film, has the most musical variations.

Howard Shore uses the leitmotif and creates unique musical accompaniments, intertwining them here and there, in order to end up giving us an ingenious and complex musical picture, which, even apart from the film, is as complete as the world that Tolkien and Jackson brought to us.