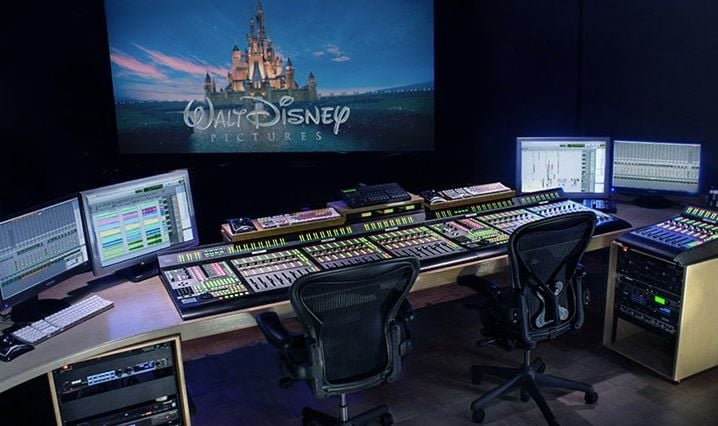 Sound editing in cinema is one of those things that only specialists consciously notice. An ordinary viewer, in 99% of cases, perceives this work subconsciously, as it should, and does not understand what hellish work is behind the fact that the viewer would eventually hear everything that he hears in the cinema and perceive it in a natural way.

This statement can, in principle, be attributed to a sound recording in movies, since most viewers do not understand what technologies and author's thinking are used to create seemingly understandable and natural sounds. Think about what a transformer sounds like? Or what sounds does Alien make from the movie of the same name? All these sounds are created by masters of their craft in special studios, often from improvised items, after which they are complemented and processed in such a way as to achieve the desired sound.

Today, we will talk about even more painstaking work, namely sound editing. Recording audio tracks is one thing, but processing and cutting the sound so that it completely matches the action on the screen is real art. 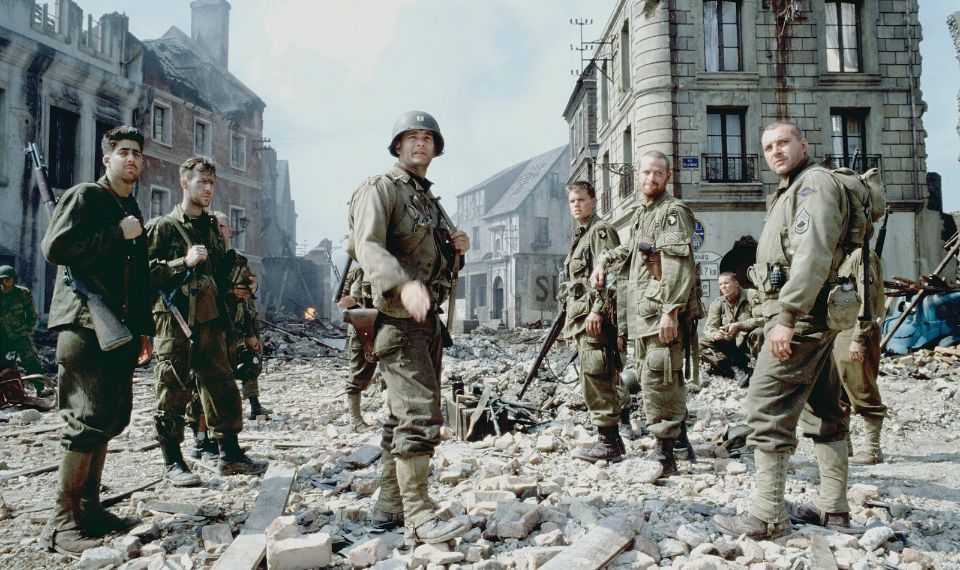 This war drama by Steven Spielberg is perhaps the most famous and cited work on the Second World War in modern cinema. This masterpiece, created by the great director, became such a realistic creation that the American veterans who took part in the actual Landing in Normandy on June 6, 1944, while watching the film, could not stand the stress and left the hall.

Of course, such reliability and realism were achieved by a whole range of factors, but one of the most important was the sound and its editing. The 25-minute scene of the Second Front opening sounds exactly as it sounded in reality, and this fact was confirmed by the words of the veterans. It's hard to overestimate the work that Spielberg's longtime sound director Gary Rydstrom has done. Sounding an endless number of shots, machine gun points, bunkers, bullets hitting hedges and sand with water, the entire scale of this huge battle is truly incredible work done.

However, the film is not only remembered by the opening scene. Among the interesting solutions, one can also recall the superbly edited sound of raindrops beating against the leaves of trees, which turns into automatic shots in a city flooded with water. There, in the future, an interesting sound decision was made when the main characters meet the German sniper and we hear the sound of, literally, falling on the piano keys, during the first fatal shot.

Later, this technique could be found in many other films and computer games of this topic, at those moments when the first shot of the enemy hiding in the shadows sounded.

In general, Saving Private Ryan is memorable for many things, but one of the main features of the film is, of course, sound and sound editing. 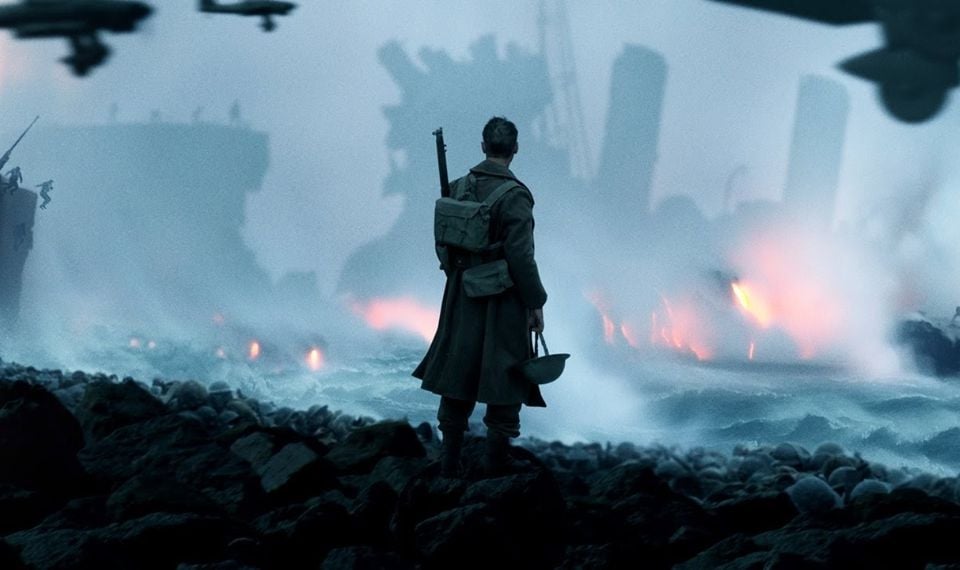 Yes, another movie about the Second World War, but this time a newer one. It just so happened that the battle scenes are very difficult to create, so it is not surprising that the second, in our opinion, great work in terms of sound editing, is a wonderful film Dunkirk from Christopher Nolan.

The director himself admitted that together with sound directors and composer Hans Zimmer, they tried to convey through music and sound to the audience the idea that time is constantly running out, and the main characters have less and less time to save themselves. This idea is the main leitmotif of the film, and therefore it is logical that in the matter of sound, the specialists decided to concentrate on this topic.

The sound of the film is based on the ticking of the second hand, which became the basis for the whole sound of the picture. In addition, incredible realism was achieved in the sounds of diving German Stuka bombers (Junkers Ju 87), which now and then made raids on the defenseless beach. In total, there are three such scenes of the raid in the film, and each of them gives goosebumps, since the sound of approaching and then diving bombers, is conveyed as realistically and voluminously as possible.

All in all, Richard King's work on this film is amazing. And if the plot itself and the story shown, as well as the indistinct heroes, remained a negative factor, then the sound of the picture evoked delight among everyone, without exception, which allowed the film to be remembered among the abyss of other films on this topic. 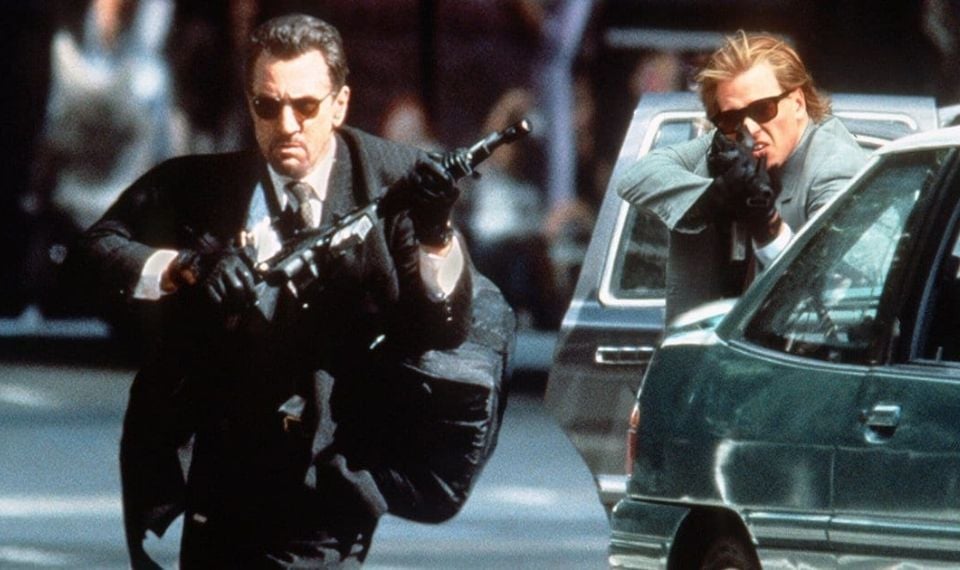 Finally, the film is not about war. Michael Mann's crime drama Heat is an example of the most meticulous approach to filmmaking. All the main characters of the film went through a 2-month course of combat training before shooting. Authenticity has been achieved so much that the moment of reloading a shooter rifle by one of the main characters performed by Val Kilmer is still demonstrated in the training centers of the United States Marine Corps, as an example of how to quickly and ideally reload a weapon in battle.

In terms of sound editing, the film's two main scenes are, of course, the beginning, where Karen M. Baker, Ron Bartlett, and Anna Behlmer create the incredibly realistic sound of a hospital admission room, and the scene of a robber-police shootout in the second half of the film. The second scene is still an example of how to shoot shootouts in an urban setting, and it has rightfully been ranked number one on the list of the best shootouts in cinema history for 26 years.

Everything was recreated so real that ordinary people from the surrounding areas seriously thought that a large-scale shootout had begun in the city and called the real police, which, of course, was warned about the filming. Moreover, in order to achieve maximum volume, the sounds of the rifles were recorded separately once again and superimposed on the sound from the street. Thus, the sound director and assistants managed to achieve maximum purity of the sound and not turn the whole scene into an illegible cacophony, in which nothing is heard.