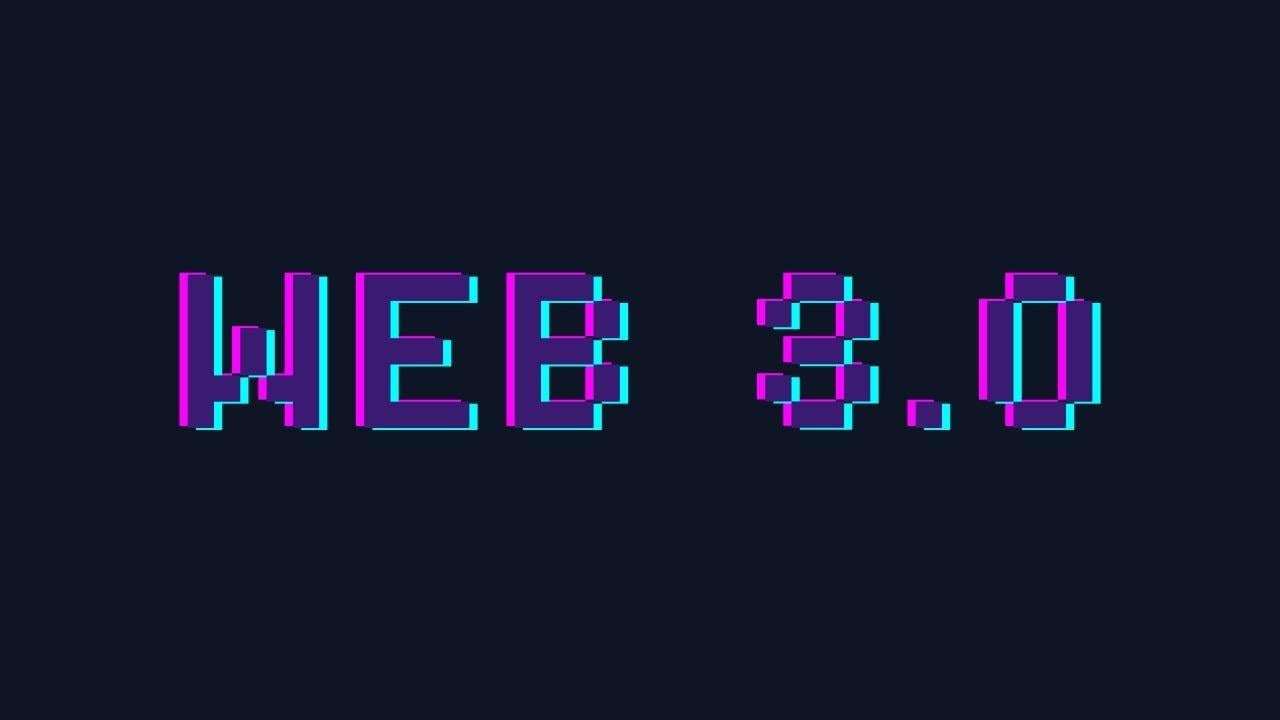 What is Web 3.0 and why everyone needs it

Over the past few years, there has been a growing consensus that the current Internet model is obsolete and needs to be revised: corporations greedily collect user data, and censor and know more about users than their immediate family members. Opinion and industry leaders offer their ideas about how to shape Web 3.0 and talk about how to make the Web better and safer.

In this article, we take a look at the history of the Internet, highlight the defining characteristics of each era, and analyze what we are predicted to see shortly.

First, it is important to note that the so-called versions of the Internet were formed over time, gradually. There was no clear historical transition from Web 1.0 to Web 2.0. Probably, mankind also cannot instantly pass to Web 3.0. The web developed, new functions began to appear on websites, the Internet came to new concepts and users noticed that they already use an entirely different infrastructure. At this point, he described the ideas of the new era, as well as summarized the results of the past.

Also, the concepts themselves are conventions put together by an influential individual. As history shows, they most often emerged after comparing services and sites for the use of technology.

Where the Internet began

To begin with, we should dive a little bit into history. We will look at the stages of the evolution of the Internet, from its first implementation to the current services. 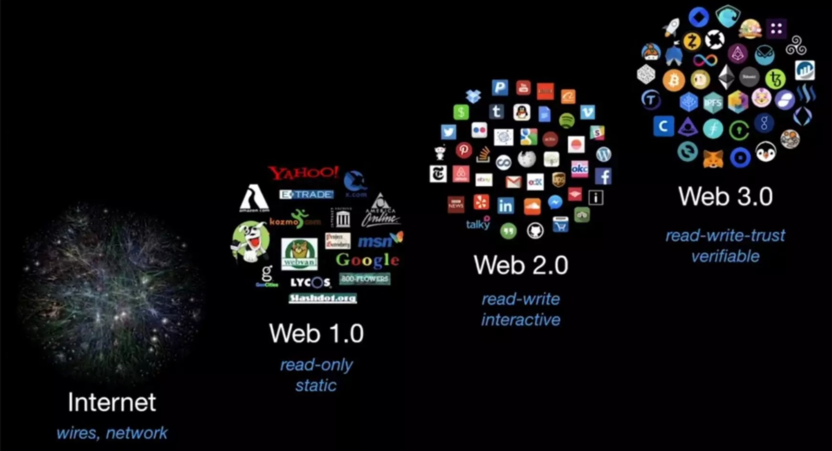 The very definition of Web 1.0 came into use, oddly enough, after the appearance of Web 2.0. The comparison showed that the Internet has become quite different and it was possible to highlight the features and differences of the past "version". The whole phase of the first iteration of the Web lasted from 1991 to 2004. Web 1.0 can be described in one phrase - Read-Only.

This also explains the basic concepts. Users only could browse pages and interact with content. The Internet had not yet developed the ability for users to participate in the creation of content, they only consumed what was on the Web. No authorizations, trackers, or registrations.

Site data were stored on servers in file systems and were often rendered as they were. This feature forced web hosts, when adding new pages, to redesign the ones they already had, for the sake of adding links. Tables were used to align content, sites were not adaptive and often had a recommended resolution that all information would open correctly.

Also, not every site matched browser settings by all browsers and webmasters placed badges with the logos of those web browsers that worked correctly with the resource. 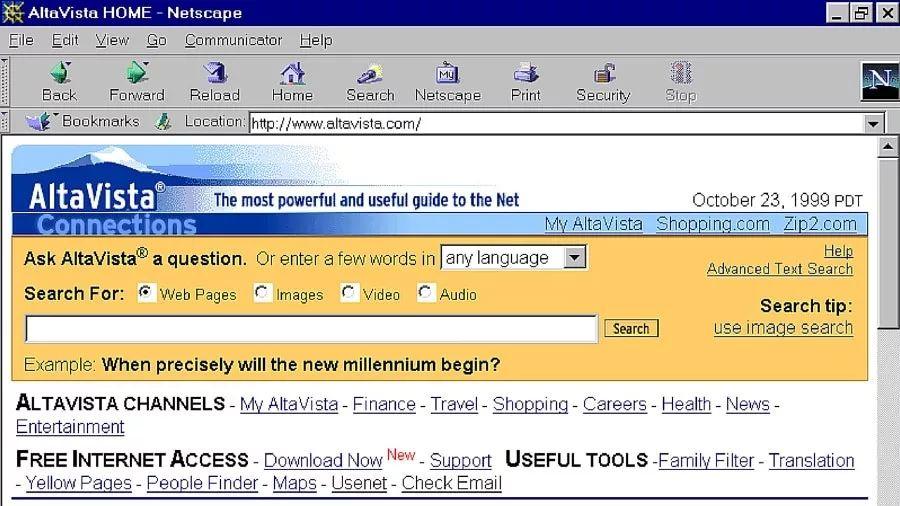 Site design was also very far from today's variety and interactivity. Many sites neglected HTML markup and gave users "raw" text. CSS styles were unpopular with developers. Pages were dominated by bright colors and material textures, copying wood, stones, or metal. For dynamism, GIF animations were placed on sites, which at least somehow brought the content to life.

In the twilight of the Web 1.0 era, forums and chat rooms began to appear that allowed users to participate in shaping their content. But Amazon allowed customers to leave feedback on products from the very opening of its site. In some ways, the corporation was ahead of its time.

To summarize, let us highlight the main features of the Web 1.0 era:

In 2005, Tim O'Reilly, an American publisher and free software activist published “What Is Web 2.0”. In the piece, O'Reilly noted that more and more sites, united by ideas and a single principle, were beginning to appear on the Web. In the article, the publisher clearly distinguished between Web 1.0 and Web 2.0 and outlined the vector of development. With the help of this article is still defining the key principles of the Web "new generation".

It is believed that the era of Web 2.0 began in 2004 and continues to this day. Large corporations and users have now gotten involved. The former took control of the Web and began to build online empires, while the latter were allowed to participate in content creation. Web 2.0 itself operates on the Read/Write Web principle.

The Internet came with ubiquitous authorization and the ability to create an account on almost every site. Users began to volunteer their data and give consent to the collection of data in exchange for the convenience and ability to use resources. Companies were able to make money on the data, selling it to advertising agencies, and some opened their own, which helped concentrate profits entirely in their hands.

Social functions appeared in Web 2.0: more and more resources allow users to communicate with each other, exchange messages, and make calls. Personalization can be added to socialization: Users can customize their profiles, add photos and notes to pages, post videos, and articles, and make and use royalty free music.  Users publish materials and receive reactions and evaluations from other users in the form of likes and comments. It is also worth noting that sites have begun to introduce rating systems - Karma or Reputation.

Changes are reflected in the design. The appearance of sites became more pleasant, with rounded shapes, and simple, precisely matched colors, and designers began to pay attention not only to appearance but also to convenience. Web sites have become more simple, but no less informative. There appeared complex animations and gone the era of GIFs. Despite this, experts noted that when everyone had the opportunity to create websites, templates came into the world and it led to monotony.

In general, Web 2.0 is dominated by patterns that kill the individuality and originality of sites. Typography came into use: The text on sites began to stand out as it was important. There were headings, subheadings, different fonts, underlines, and highlights. And sites have become adaptive: the same web portal can be opened on both desktops and smartphones.

Most of the technologies that emerged at the time, like AJAX, gave a big boost to the web, which has now made it possible for us to send Grandma a postcard on WhatsApp, and then go to YouTube and continue watching videos on our favorite channel.

We could go on and on about the range of amenities provided by Web 2.0, but let's get to the heart of this article.

Given the growing popularity of social networks and the abundance of content, companies have become more careful about the information they publish. Strict rules and moderation have appeared on the platforms. Users have no control over the content they publish, and companies have the right to remove data that violates the rules.

To summarize, Web 2.0 differs from Web 1.0 in the following ways:

In simple terms, this version will make the Internet more intelligent through artificial intelligence technology. 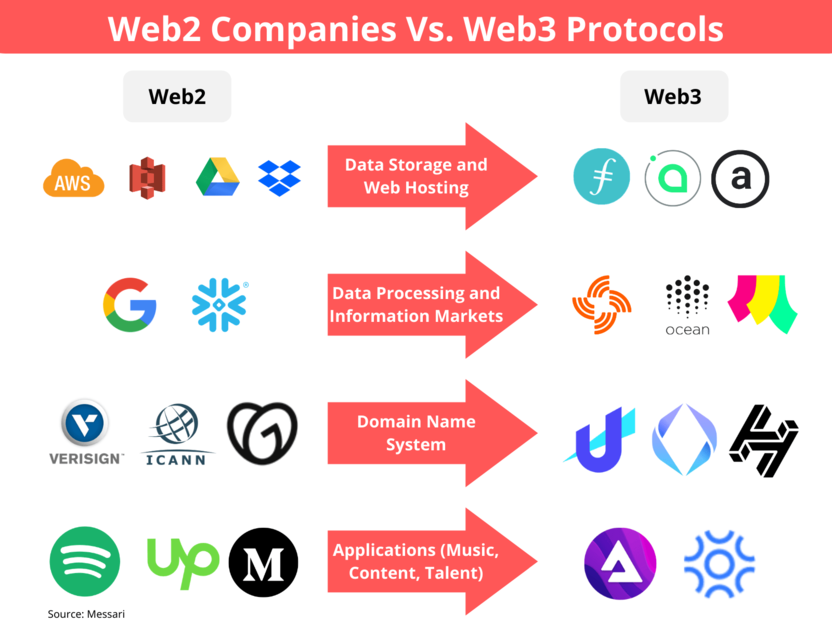 A key feature of Web 3.0 is more relevant search results based on the semantic web.

The basic concepts of Web 3.0 were outlined by Jason Calacanis, the head of Netscape. First, it is important to note that, as before, no one has a clear idea of what will be a new round of development of the Internet. Second, Web 3.0 is in its early stages, so only primary ideas about the technology are available yet. However, Kalakanis published his vision of the future back in 2007 and believes that based on Web 2.0 there should be a new space that solves the main problem.

The main problem is the depreciation of resources and services: the relative simplicity of creating sites has contributed to the emergence of monotony. Tim O'Reilly supported Kalakanis' ideas in his time, and also noted that Web 3.0 should go beyond the usual understanding of the Web and start "to interact with the physical world.

The defining characteristics of Web 3.0:

Have you noticed a rapidly growing number of services that use neural networks as their basis?

Many large companies are already showing us the possibilities of neural networks and artificial intelligence, giving us some idea of the vector of future technologies.

The most obvious examples are voice assistants like Siri, Yandex Alice, Google Assistant, etc. It seems that all the functionality of such assistants ends at the question of what the weather is like today and how old Keanu Reeves is, but we should not forget about smart devices.

Already now you can observe the simplest combinations of them. Without getting up from the couch, you can ask the assistant to turn on your smart lamp, run the robot vacuum cleaner, boil the kettle, play your favorite playlist on the smart speaker and even feed your pet!

This phenomenon is called the Internet of Things. It has developed to quite a decent level because, in addition to the smart feeder, there is even a smart faucet with a leak control system!

Another example is the AI assistant for Github programmers Copilot.

It perfectly illustrates how even in such localized areas, AI can be used. The Assistant exists as a plugin for VS Code, allowing the developer to translate simple sentences into lines of code. It analyzes your code and gives hints on how it can be continued.

Right now, Web 3.0 ideas are still ideas and raise more questions than understanding. In addition, the concept is often promoted by crypto investors and NFT-enthusiasts, who reduce everything to a new kind of earnings.

We studied Web 3.0, dealt with the principle of its work, the possible advantages for ordinary Internet users, as well as walked through its existing manifestations.