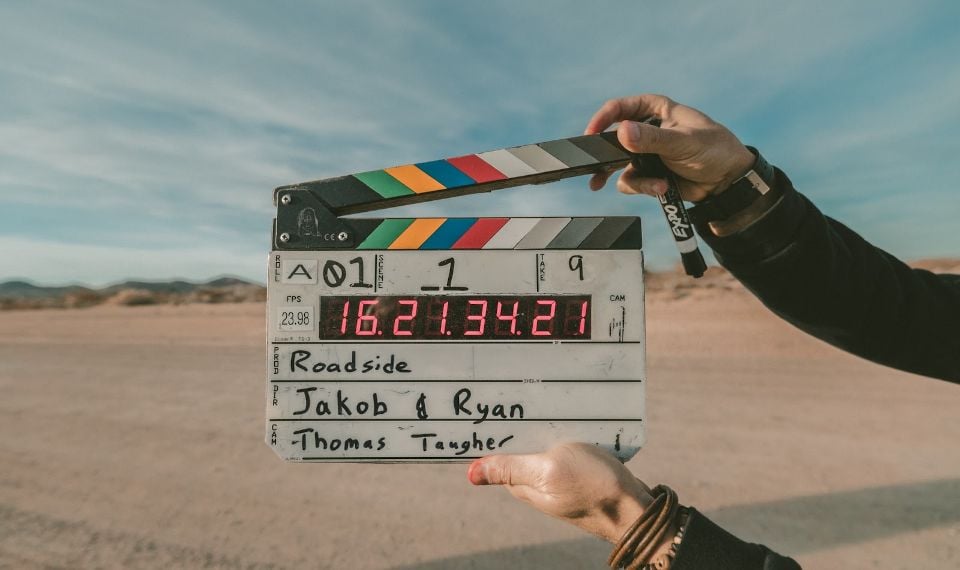 The 9 types of main movie genres

While critics debate definitions and systems, the public has long become an expert on genres. People come to see any movie armed with a complex set of expectations that have formed over the time they visit the cinemas.

The sophistication of moviegoers in the classification of genres poses a difficult task for the screenwriter. He must not only satisfy the expectations of the audience, so as not to cause confusion and frustration, but also to interest her by offering fresh, unexpected moments. Both are impossible without knowledge of the genre, which will help to anticipate these expectations.

The genres of fiction films are historically formed, VERY conditional categories of intraspecific differentiation of fiction films in cinematography, distinguished on the basis of comparison in terms of plots, themes, scenery, the use of certain types, images, characters of characters.

The genre itself has been known since the days of ancient Greek theater. And the task of the comedy was one - to make the viewer laugh or smile. Comedy heroes usually find themselves in funny, ridiculous, or truly absurd life situations.

We can say that the play cinematography began with a comedy - let us recall the "Watered Waterer" by the Lumière brothers (1895) or Charlie Chaplin, who became famous thanks to comedies. An important part of silent cinema was the gestures and facial expressions of the actors, with the help of which the comic nature of the event was portrayed. With the advent of sound, this also remained, but there was scope for creating funny dialogues and catchy phrases.

With the appearance of a huge number of new films in the world, such a concept in cinema as a blockbuster has appeared, which, perhaps, can be compared with the concept of a bestseller in literature.

The origins of blockbusters date back to Hollywood in the early 1970s. Having gone through a period of crisis, American producers decided to invest a lot of money into entertaining films, addressed to the widest audience, so that they would turn out to be unprecedentedly bright, spectacular, filled with memorable dynamic music, “doomed” to commercial success.

One of the discussion topics related to the blockbuster is what is its genre orientation. Most critics agree that blockbuster knows no genre boundaries. Moreover, more often it combines elements of different genres, of course, those that are traditionally popular with viewers: science fiction, adventure, western, action, detective, melodrama, thriller, comedy.

The creation of such films became possible when directors who received special cinematographic education came to the cinema. They knew the history of cinema well. Awareness allowed them to move forward much faster. These include such today's masters as Francis Ford Coppola, Martin Scorsese, Steven Spielberg, Oliver Stone, Quentin Tarantino.

One of the most lucrative genres of motion picture art, with a focus on fighting, fighting, chasing, and more. The term "action" is also used to refer to this common genre.

Action is a crime film, the main task of which is to provide entertainment to the audience contains chases, shootings, fights, and other scenes with tricks that create tension and emotions.

The classic western action movie is distinguished by the presence of a simple plot, the confrontation between good and bad hero (s), an emphasis on entertainment and special effects.

Animated films or cartoons are films in the process of creating which the illusion of movement and transformation of objects is created through an accelerated demonstration of a series of minimally different still images. A series dedicated to a specific event, character, or group of cartoons (most often short films) is called an animated series.

Just a few decades ago, it was believed that cartoons are exclusively a "childish genre" and, accordingly, they could not enjoy any noticeable commercial success. However, at some point everything changed and, although even in our time cartoons are most often filmed for children and young people, the list of exclusively and emphatically adult cartoons, most often TV series, is noticeably increasing every year.

According to the method of creation, they distinguish between plasticine, puppet, drawn, and computer cartoons. Puppet and plasticine cartoons are practically a thing of the past, because, even though even their good representatives were not particularly spectacular, it took a lot of time and effort to create them.

The best cartoons of the last century were drawn. Initially, the process of their creation was also very laborious, however, with the advent of the layered drawing technique, and then the so-called. "Reduced" animation has been greatly simplified. Nowadays, drawn cartoons are gradually being replaced by cartoons created using computer graphics and animation, however, talented artists are still needed to create them.

Melodrama - this is the first musical and dramatic piece of music, intended for standing, in which it is possible to play and communicate with the person

Towards the end of the 18th century, the youth began to be called the genre of drama. The authors for the young people rarely used popular plots of the sentimental and romantic poses. Here the emphasis is on the emotions and feelings of the characters. The characters themselves or their environment can be depicted stereotypically and schematically. For characters, ready-made images are often used: the ideal protagonist, the evil opposing him, the beloved/beloved in trouble. But on the screen, we will see in detail the whole wave of experiences that overwhelm the characters.

Most often, melodramas are films about love, where mental anguish is most obvious. However, you shouldn't worry about the heroes of melodramas: one of the features of the genre is a happy ending.

Historical films are a genre of feature cinematography that talks about a particular era, people, and events of past years. These films can illustrate the life path of real people (historical and biographical) or fictional characters (historical and adventure). Because the central theme is often coups, wars, and other fateful events, they are often intersected by action films, adventure films, and films about war.

This variety is a very popular direction of feature cinematography, which raises the topic of the supernatural (clairvoyance, magic, vampires, werewolves, etc.). These are films, the main task of which is to evoke a negative emotional reaction in the audience, playing on primitive feelings of fear, as well as the existence of a parallel spiritual world invisible to ordinary people.

Good mystery films are a lot like science fiction, horror, and fantasy films, and the boundaries that separate these genres are sometimes subtle. However, there are some very specific differences.

What distinguishes mysticism from horror films is the portrayal of the "terrible". While in horror films everything "terrible" most often lies on the surface, exaggerated and emphasized, in mystical films horror is caused not by monsters, characters, and events, but by the very idea of something terrible, unfamiliar, lying beyond our understanding.

The list of good mystical films is very long, and the best of them will certainly appeal to fans of all of the above genres. However, like horror movies, watching them in the company of children is not recommended.

Science fiction implies the use of fictional realities, events, technologies, etc., however, those that can, in principle, be perceived by the viewer as potentially, hypothetically real, or possible. This is how they differ from films in the fantasy genre (with a quasi-realistic but fabulous plot, mysticism, etc.).

A disaster film is a genre of modern cinema, a film, the characters of which are caught in some kind of disaster and are trying to save themselves and their loved ones. A disaster film is a specific kind of thriller and drama genre, often intertwined with horror and fantasy. In a disaster film, the plot can revolve around some natural disaster, such as a tornado, earthquake, volcanic eruption, as well as around a man-made disaster (plane, train, ship crash).

In addition, there are films about the end of the world. The latter, by the way, show the viewer a cataclysm, one way or another leading to the death of humanity. Often in disaster films, climate change, nuclear wars, epidemics, invasions of various organisms or bacteria, the destruction of humanity by aliens of an extraterrestrial civilization are shown. In disaster films and, in particular, in films about the end of the world, this very end is prevented by the main characters.

We see how diverse the genres of cinema are: in fact, there are about 60 species and subspecies in total, and their number increases over time. However, a clear and clear division of the film by genre and the definition of the genres themselves: is rather a conditional distinction: one film can combine several genres in itself, as well as move from one genre to another.

It should also be borne in mind that cinema, like other forms of art, does not standstill. For example, recently such a genre as tragicomedy has been extremely popular, and with the development of VR technologies, such a new direction as interactive cinema has appeared. The development of cinematography takes place continuously, opening up new styles, genres, and directions for us, and thereby making the world of cinema even more diverse and exciting.