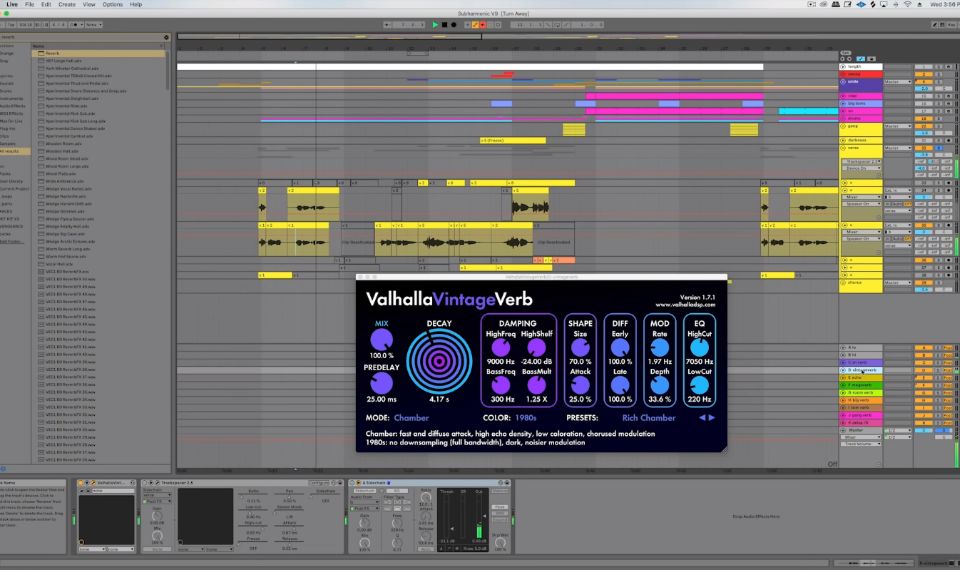 The 3 most common music production mistakes

Hi! It's Paul Keane. During my whole life,  I think, I've probably heard thousands of demos and songs from people just getting into music production.  I've had an online audience for quite a few years and lots of people just send me stuff.  And then I also have started doing this online music production class so I'm in there to listen to students` work as often as I can.

By far the most common mistake that I hear a lot of beginner producers make is they put too much reverb on everything(It leads everything to sound muddy or washed out). And it's understandable I've been there too.

I feel like when you first start making music and playing with effects reverb is a very common one that comes with almost every program and it is such an easy way to transform any kind of dull playing sound into something that feels really big and lush and special.

So everyone's natural inclination is to just use way too much of it:  to put it on too many things, to use too extreme settings, and have it too loud. If I've got a reverb on a track I'll sometimes have it as low as 5% wet. 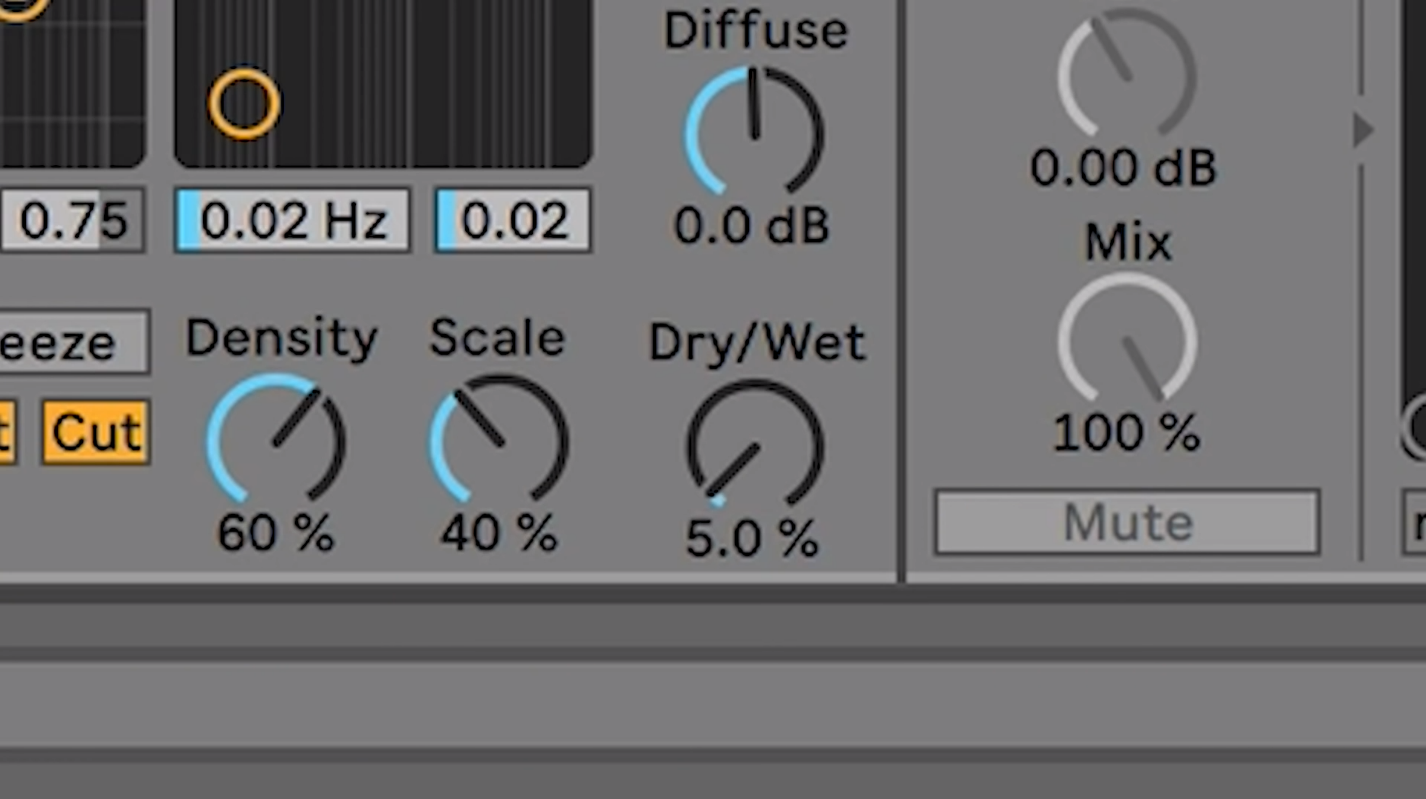 I might go up to like 30 or 40 sometimes, maybe a  little above that if it's like some ambient piece, but I'll definitely never go above 50.  I feel like 50 to 99 is useless to me because it's just way more reverb than the dry signal at that point.  100 is useful I'll talk about that in a second, but if you're newer to producing you probably want to have that dry wet lower than where you think you need it.

That would be the first big change. The other two things that you should do with your reverb settings probably have a slightly shorter tail than your first instinct might tell you, and also to have it slightly darker. 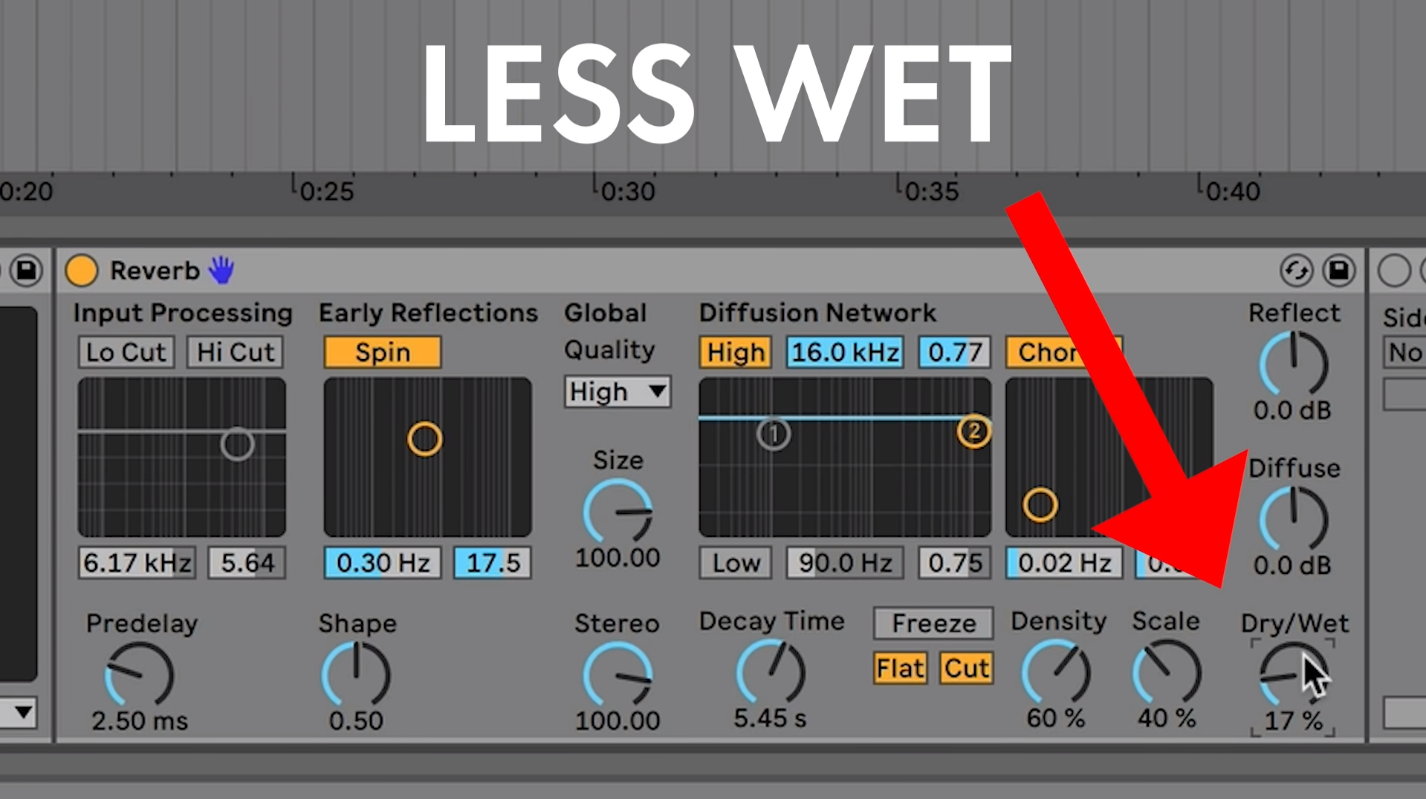 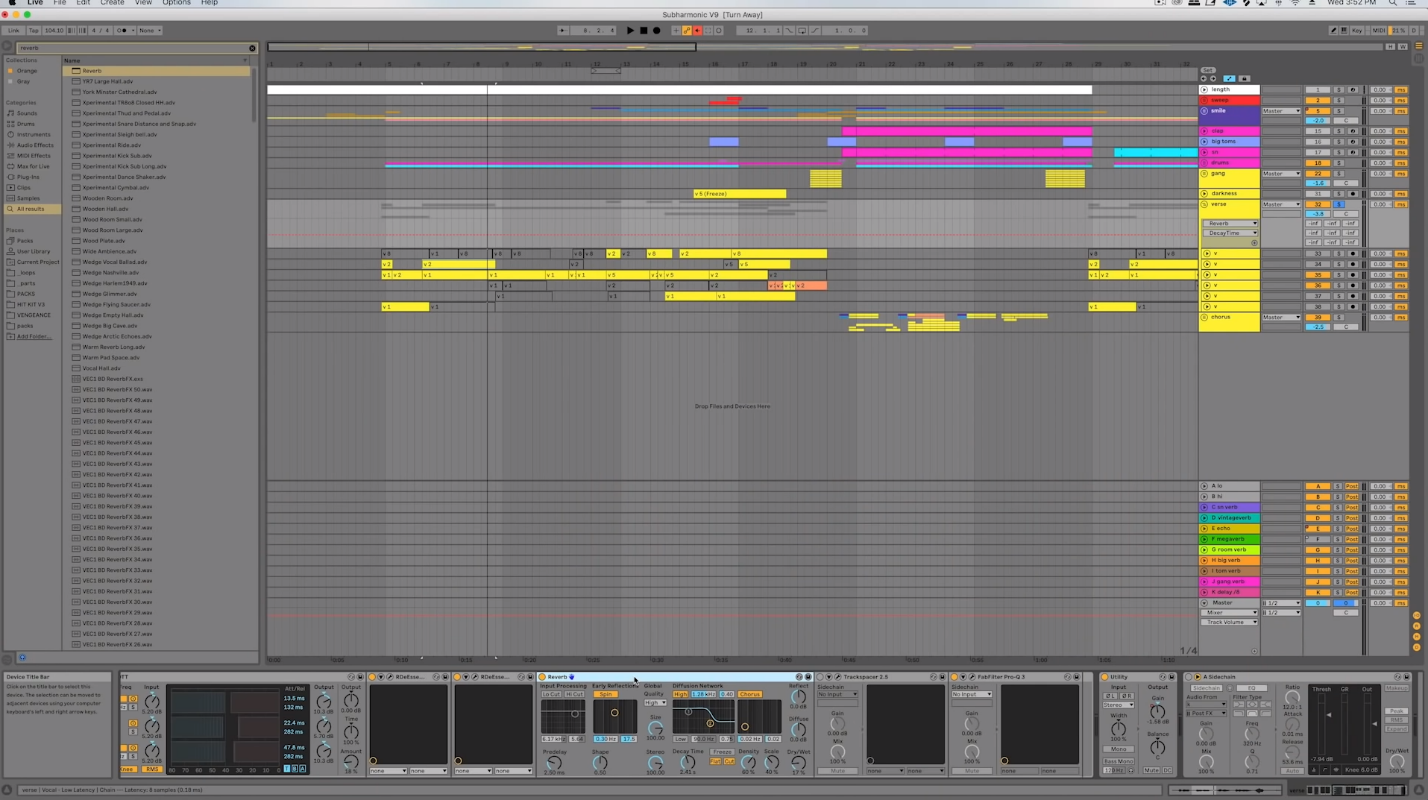 I want to show you since you should put your reverb most of the time on a send track.  If you don't know what a sent track is, you can basically send some audio to it so the original audio is still playing but then on the send track whatever effects you put on there you can kind of adjust individually.

For instance, you could put further effects on them. You could automate them independently of the original sound and like I'm going to show you here one really good thing about having reverb on a send is that you can duck it against the vocal. So on the send, you're gonna want your reverb to be a hundred percent wet.

So that it's no dry signal just the reverb here  I'm using the Valhalla vintage verb.  Probably my favorite reverb sounds quite a big lush long reverb and that's what felt right to me. 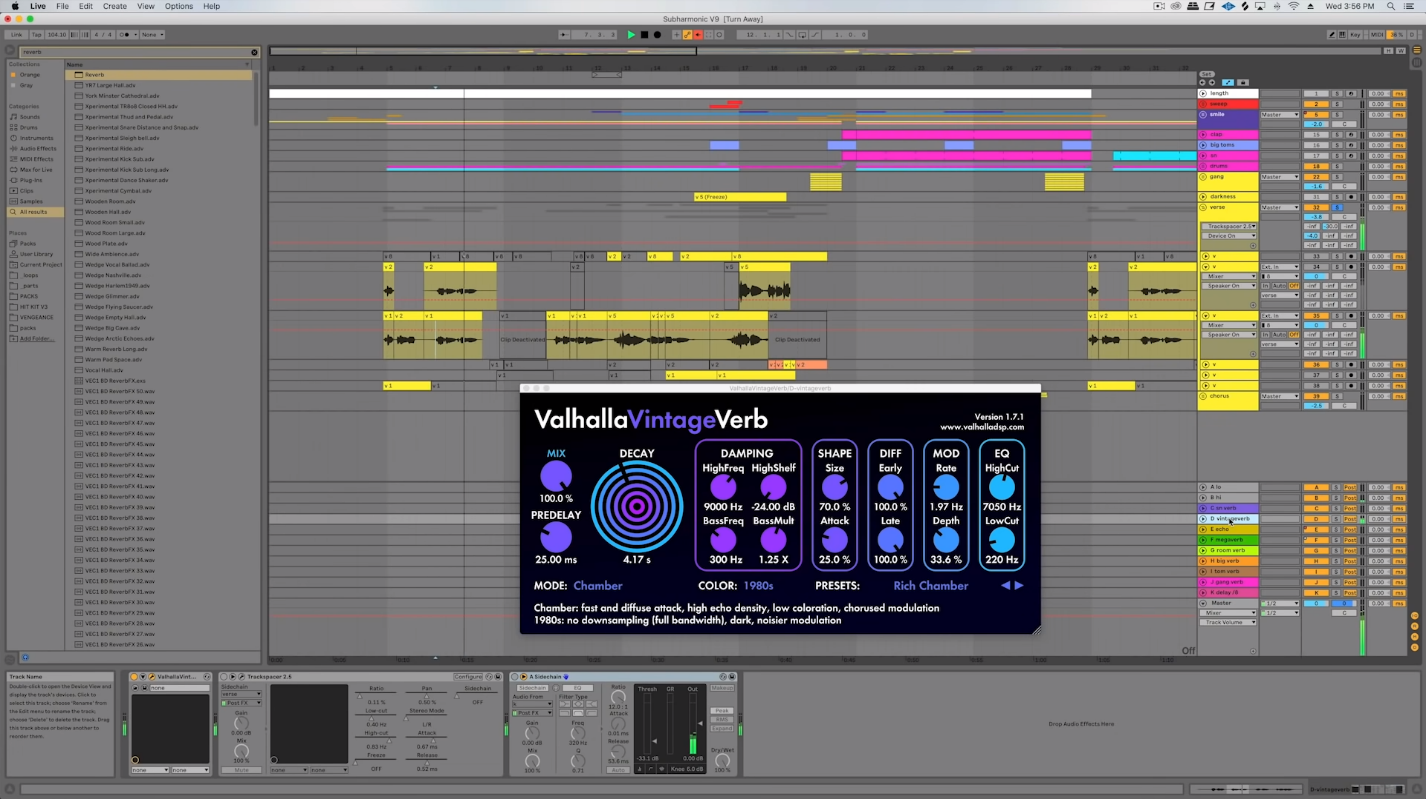 But I'm gonna keep that from clashing with my track by turning on this track spacer plug-in.  I love this thing this is like a sidechain but only for certain frequencies so when I'm sending the verse vocals to track spacer it's going to turn down the frequencies of the reverb. 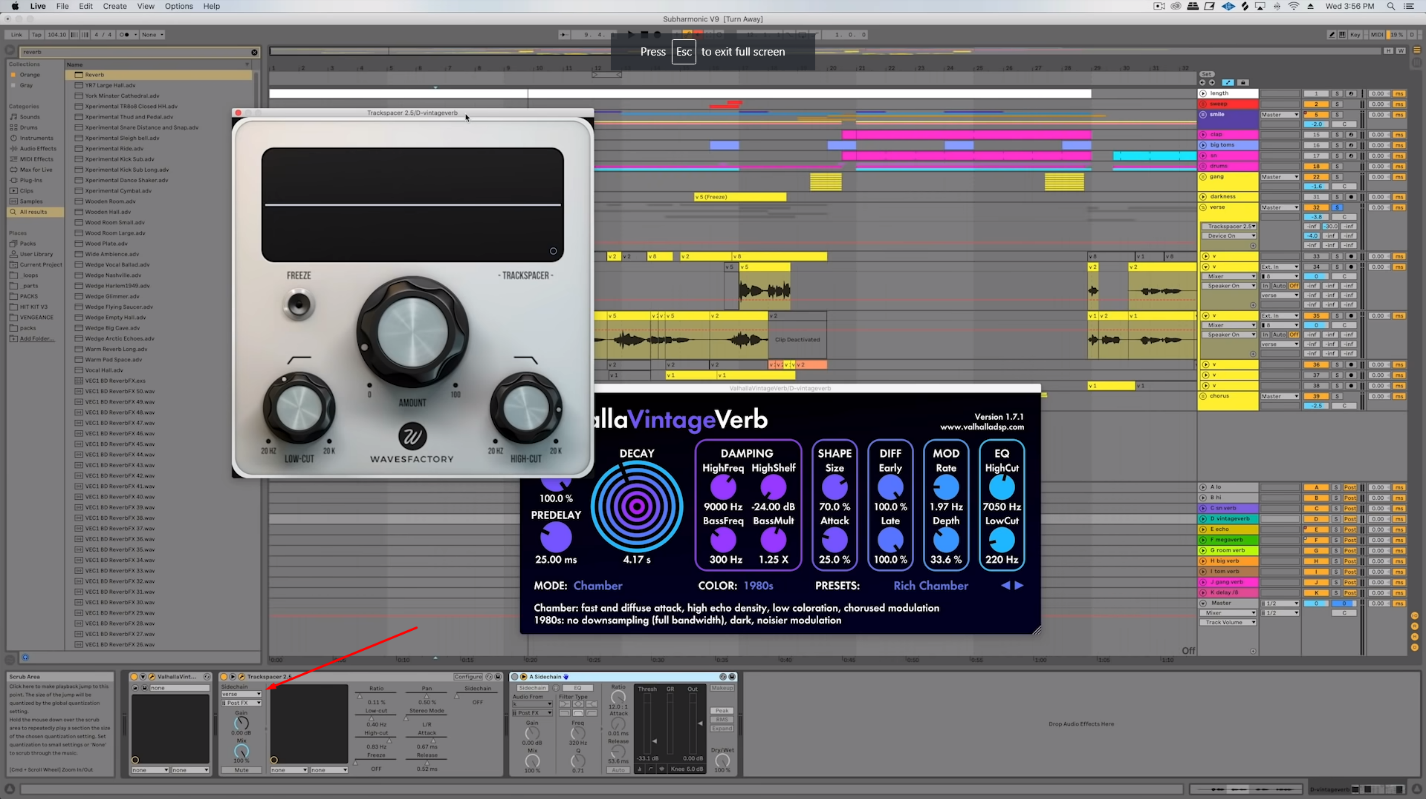 While I'm singing based on the exact frequencies that are in my voice the reverb really turns down in volume.  Although it's only in the areas of the frequency spectrum that my voice occupies you can still hear a bit of that higher-end shimmer.  And so that really helps to keep a mix clean because you still want that feeling of the big reverb but you don't need to hear it really all like washed out when I'm actually singing the words.  And then another thing I sometimes do is just have a normal side-chain compressor that's triggered by the kick so the reverb is also ducking during the kicks.

And then the last thing with reverb that I see a lot of beginners do is they just use one reverb for everything, either they have one reverb on a send and they send everything to it or they find one reverb preset that they like and they put it on almost all of their instruments.

It's so important to dial in individual reverb settings for different elements of your song.  You might send different amounts of them to the same reverb or you might have entirely different reverbs for different instruments so we were looking at my vocal verb here. 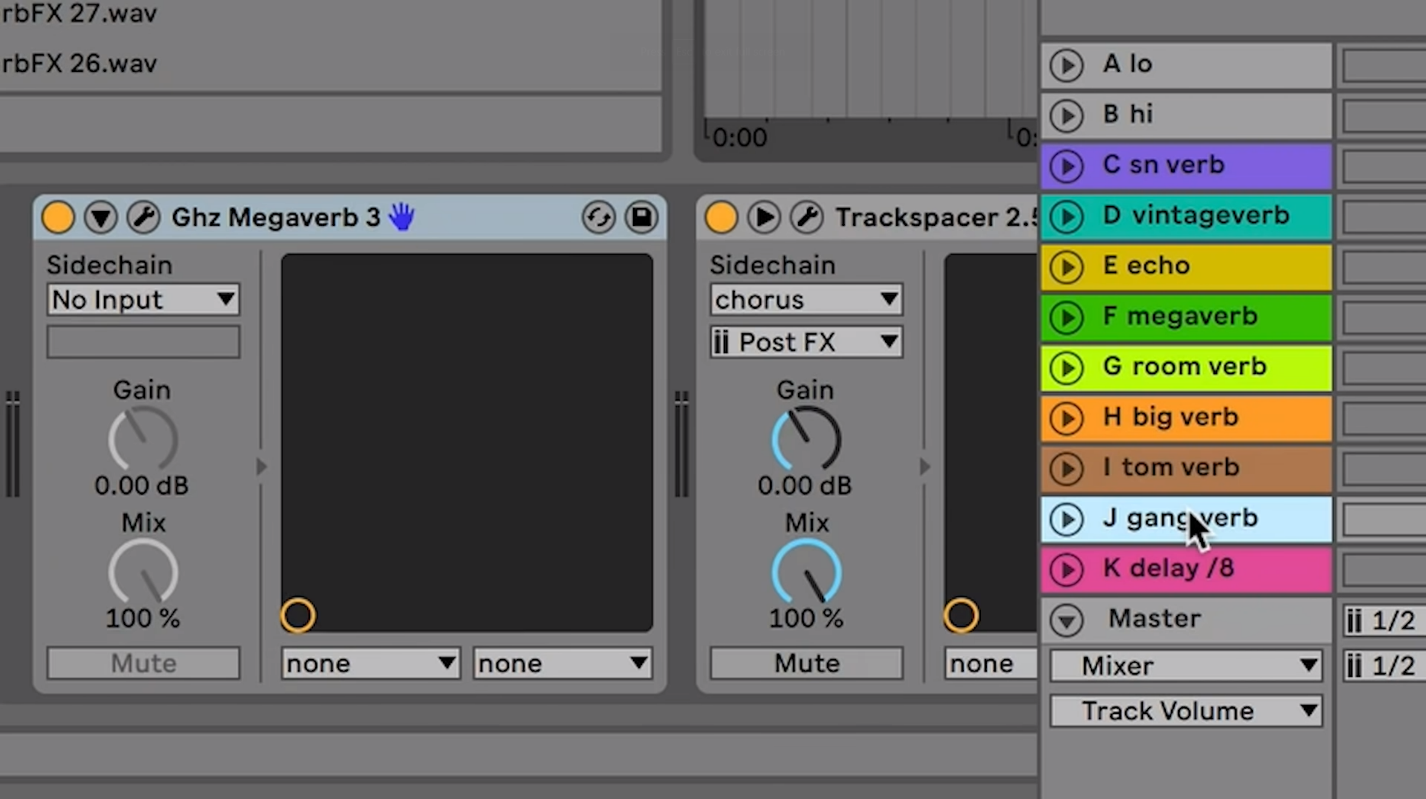 So it definitely takes a bit of time and finesse,  but it's so worth it to use different kinds of reverbs on different parts of your songs. To really create a vibe and create a sense of space that's not just like one cavern.

In a lot of beginner productions usually, the vocals are mixed too quiet. Speaking from my own experience, and maybe this is true for some of you, I was not as confident in my voice or in my expression of my ideas when I was first starting recording stuff. So I would kind of hide the vocal behind the instruments, behind other things in the song that I felt like I was either better at or that sounded cooler.

I would just really push my vocal down in the mix and I hear a lot of people do this as well when they start out.  And it is tricky to mix vocals it's something that you definitely get better at the more you do it and I find in a lot of tracks a difference. 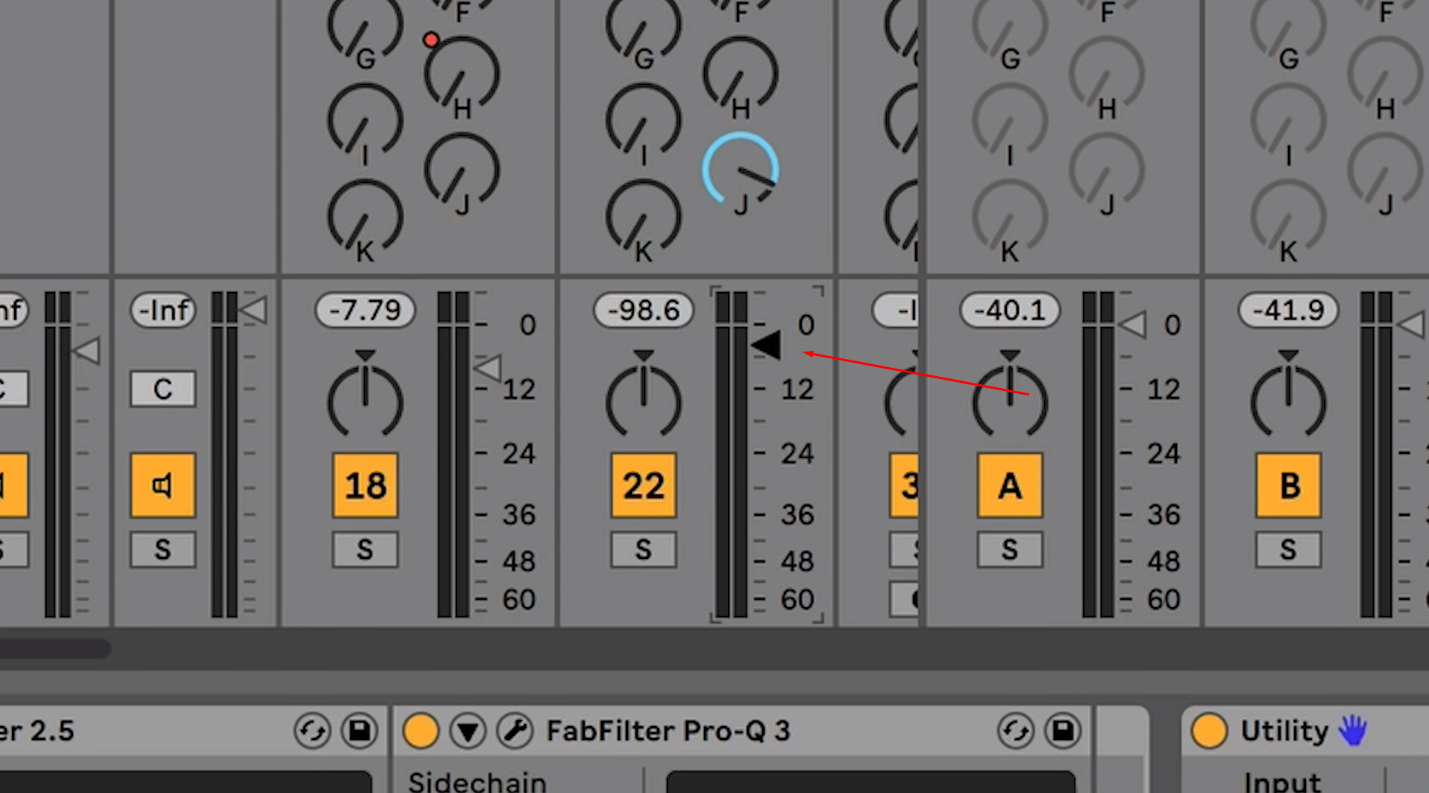 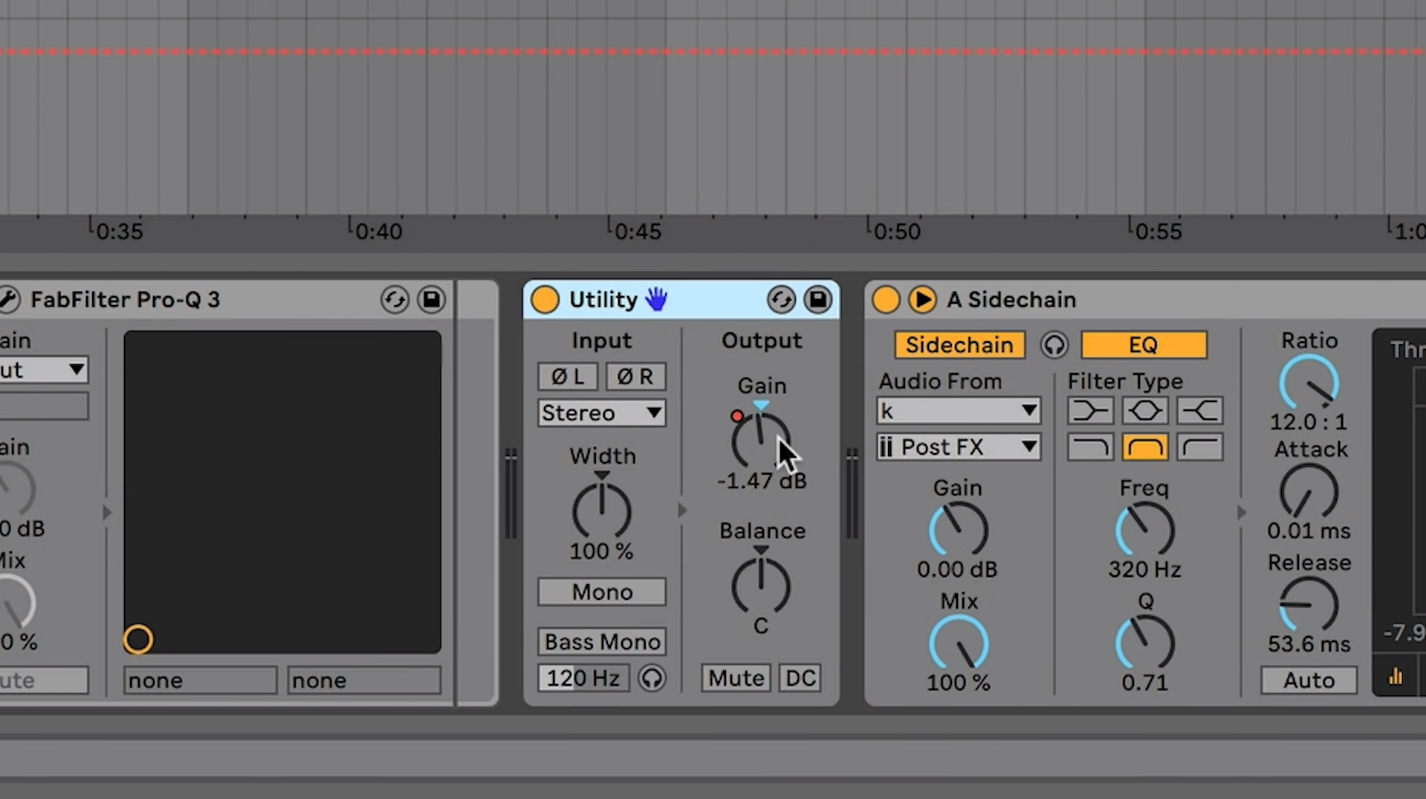 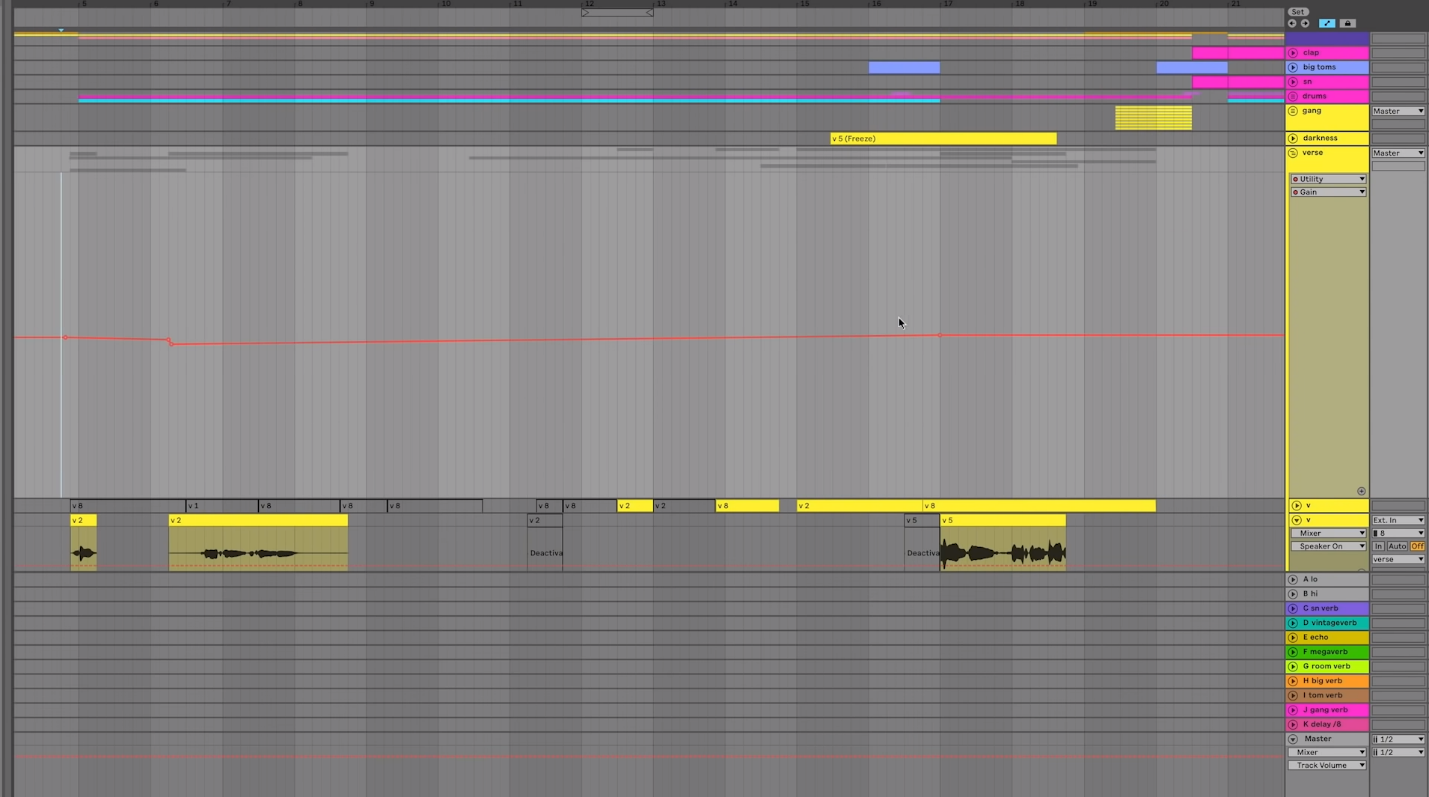 Decibel or half a decibel can even make a lot of difference.  And so something that I'll do on a lot of tracks is thrown on some kind of volume automation device. I don't like doing it on the actual track fader, I like to keep that free for mixing.

But if we click here on my vocal you can see I've done a bit of automation like this line happens when there's like a big impact sound so it needed to be a bit louder to sit over the top of everything that was happening but by the time that impact fades away.  I bring the vocal down and it's got a very slight growth all the way through the verse because throughout the verse all of the instruments are kind of building up. 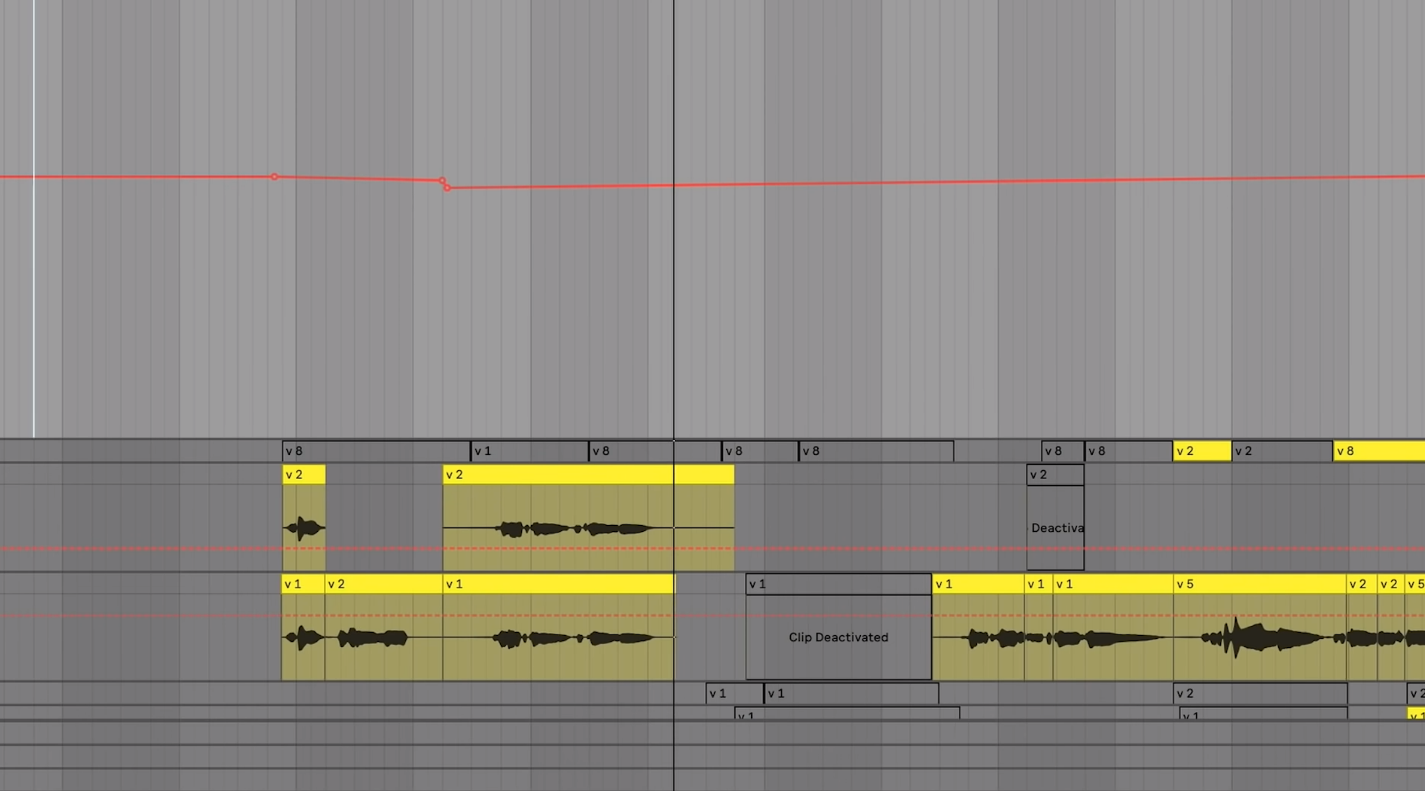 So you can hear when I play it back there it doesn't sound like the first line is a bunch louder than the second line.  But it's because it has to compete with more in that moment so ultimately that feels more natural to have them decibels differently.

And this track isn't even complete yet this is something I made in a day and a half, so there might be even more finessing that I would do with this and a lot of tracks my vocal automation ends up being just a whole bunch of squiggles because you really want to get it right.  And that's something that takes time and it's something that you get better at with time

Now finally mistake number three and I would say this is the trickiest one to remedy is parts being too static. When you're starting out you'll be focusing a lot more on bigger ideas on your writing and structure and you know coming up with what your instruments are playing. And rightly so those are very important foundational elements to any track but the next step to that is to make those parts come alive.

To have them be more dynamic than just playing the same thing all the way through a section or even all the way through a song. Now I said this is a tricky thing to remedy and that's because of course, it's really dependent on what your track needs. So I'll just rapid-fire through a bunch of the things that I did in this track that I would say are different from how when I was starting out. I would just kind of like to put my instruments down and be done with them. These are some additional finer detail changes that I made that really helped the track come alive. 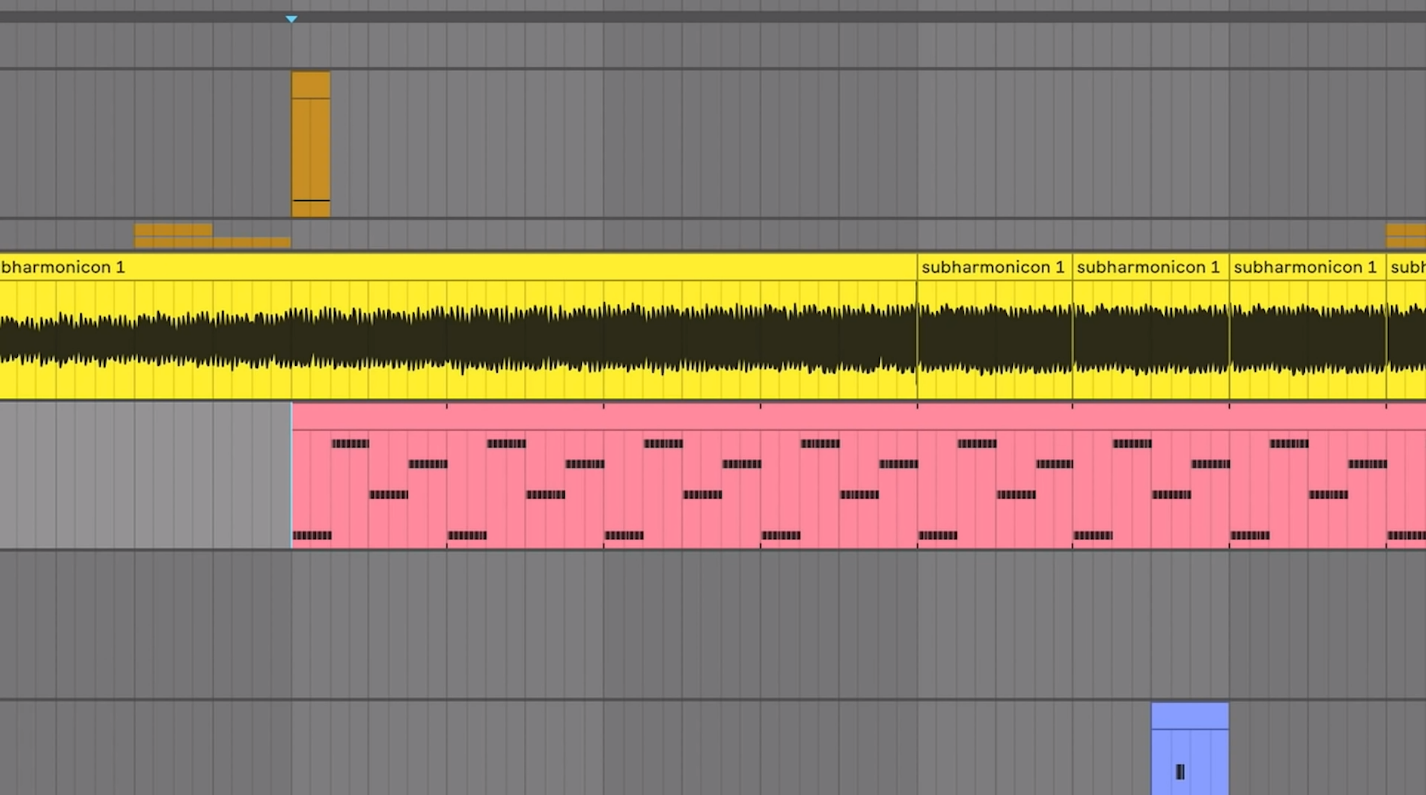 So we've got this bass and chord part that are pretty consistent they're actually the same in the verses and the chorus is because the way I wrote this song you just happen to use the same chord progression in both the verse and the chorus as I play these parts you can hear they're constantly changing they're always growing a little bit more in intensity so in this bass I've got the filter envelope growing and changing in different sections on the subharmonic part. 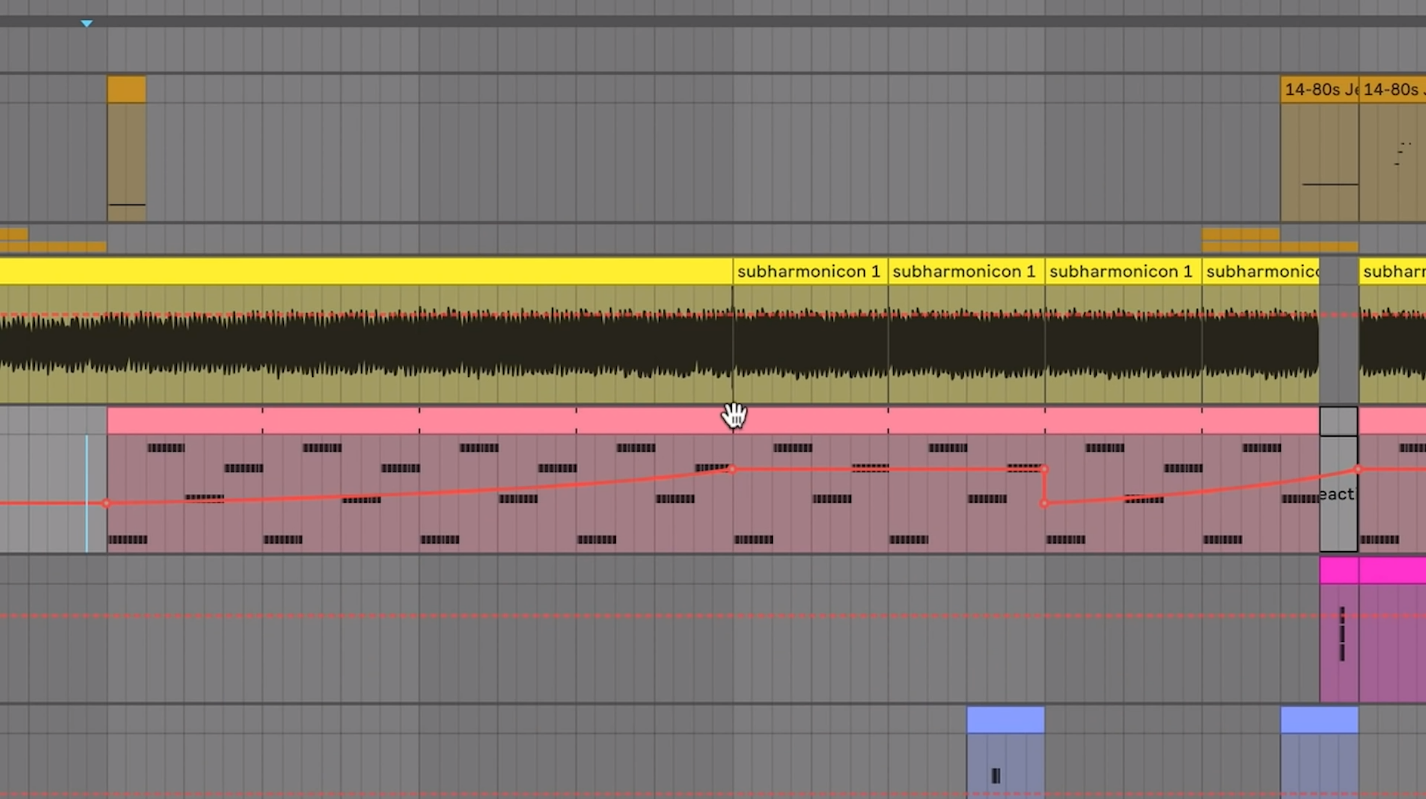 With the snare drum you can see: 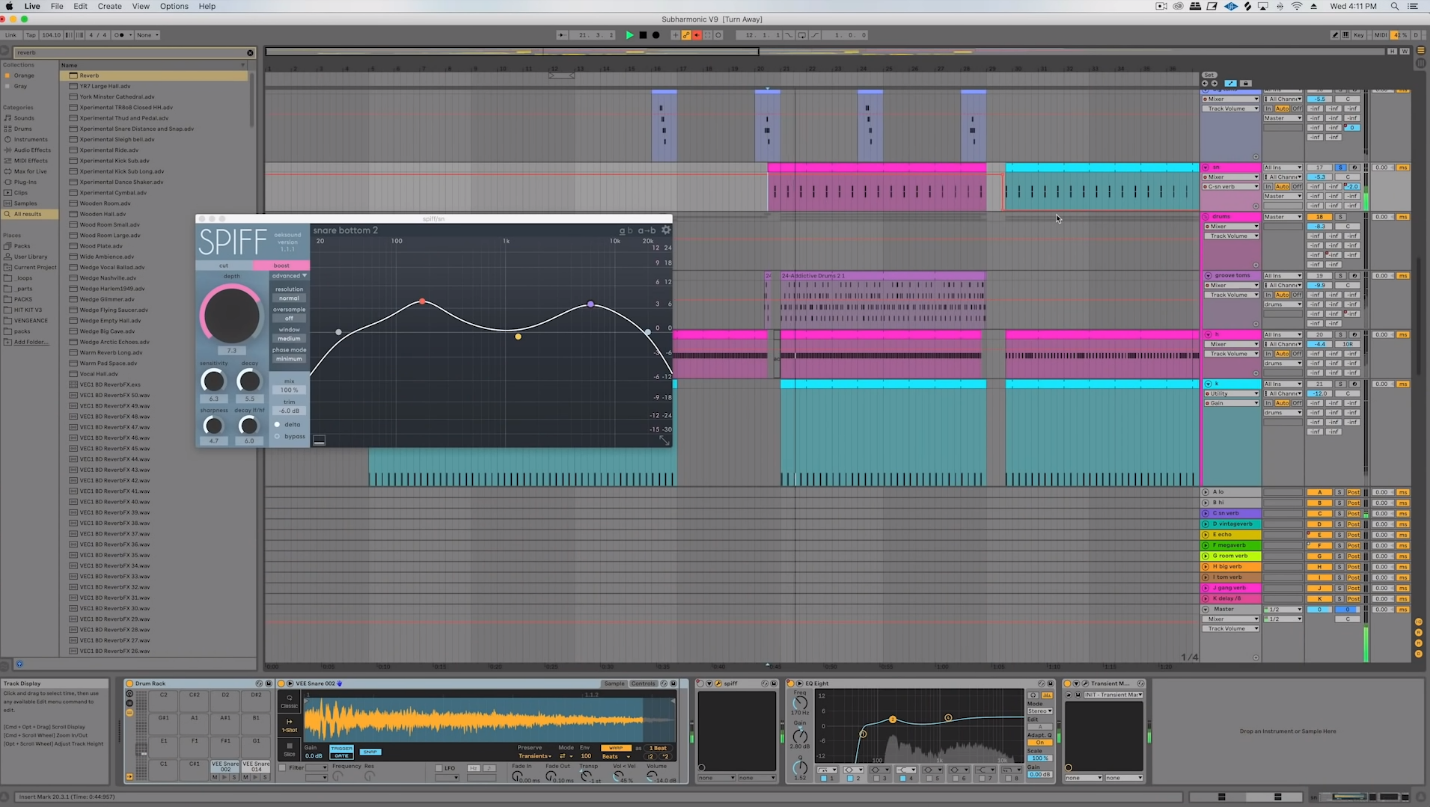 Here I've got some effects I've got spiff and an EQ that only turn on during certain sections. I'm also automating the reverb send on the snare to be on and off in different sections.  So let's see what some of these differences would like. 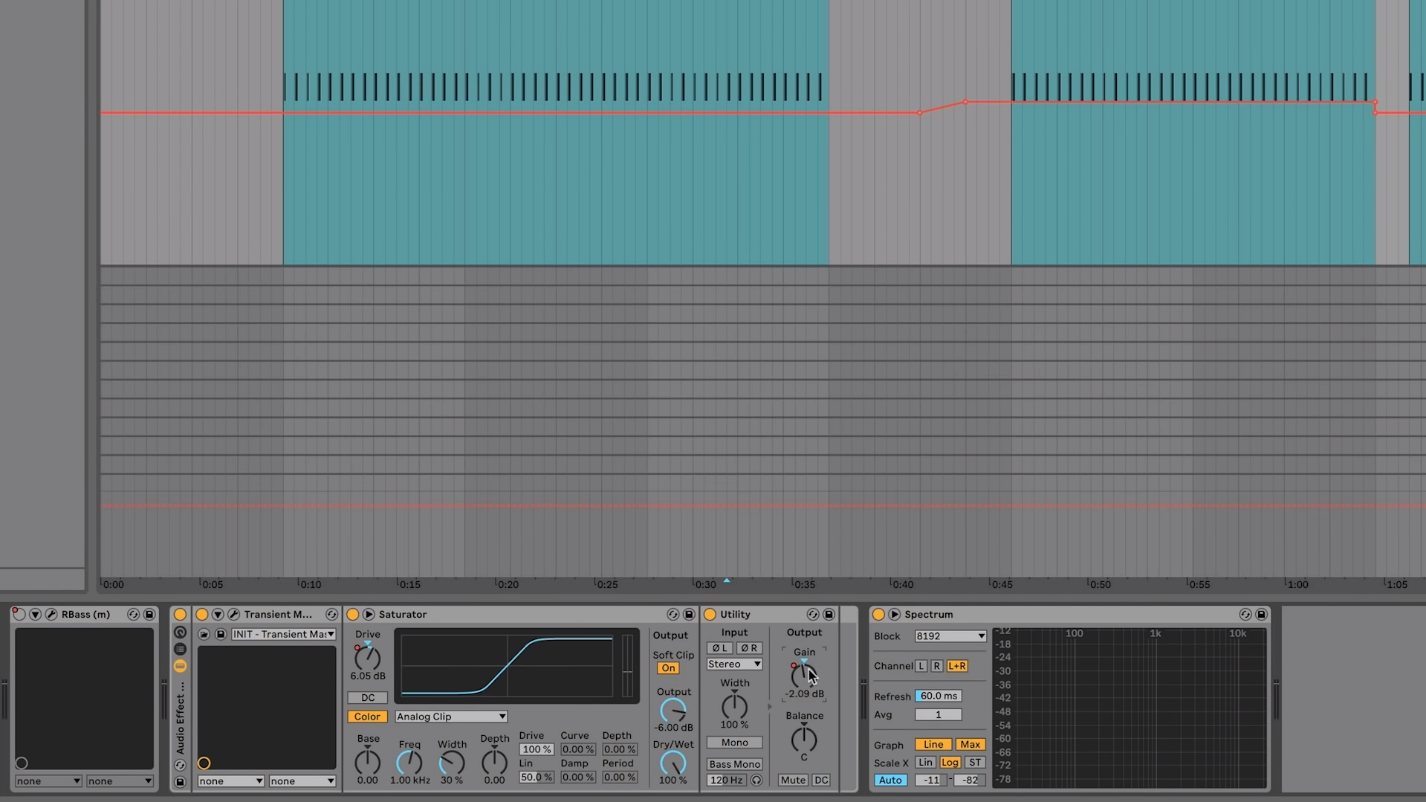 I've got the saturation a little bit lower than in the chorus. And in the chorus, I also turn on these waves. 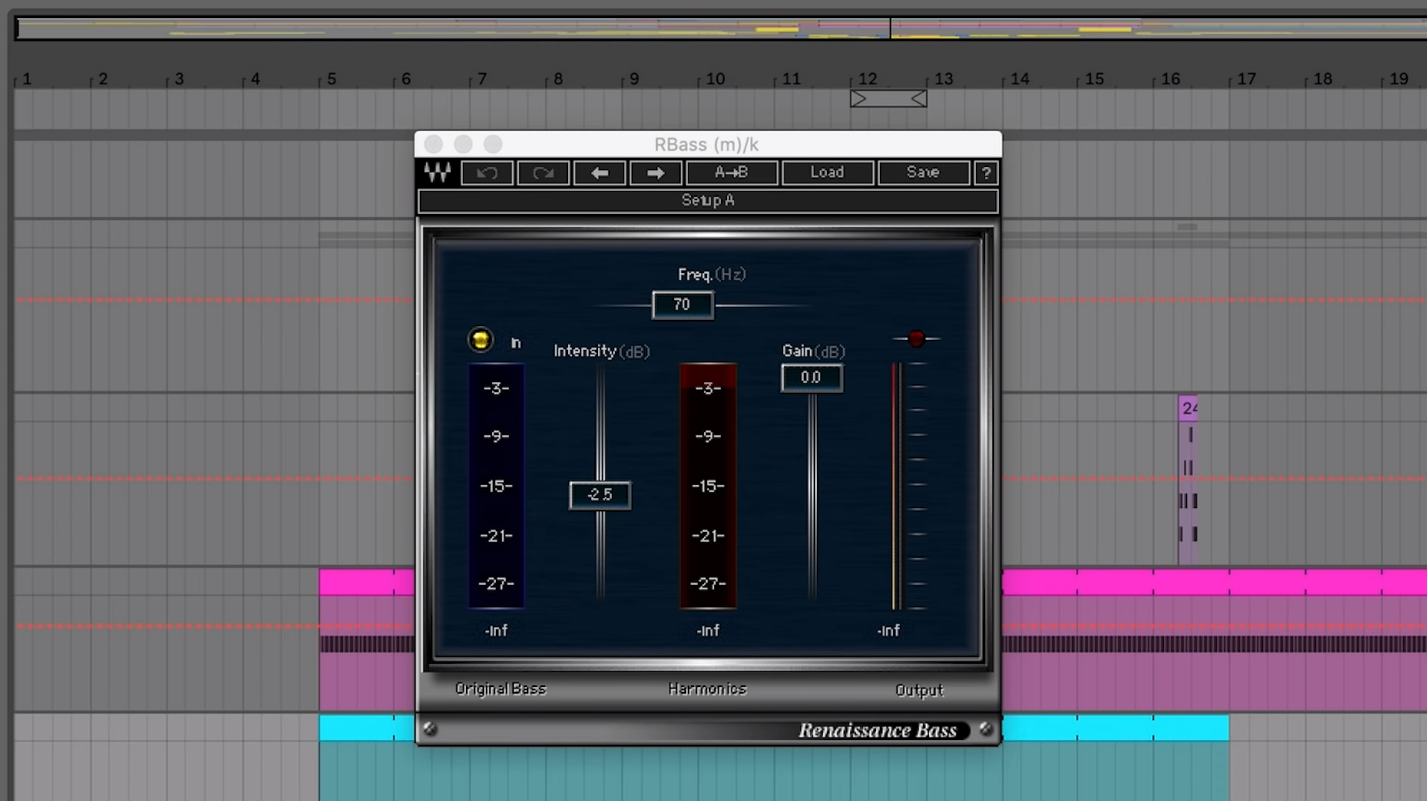 Our bass plug-in just to give it a bit more. There's a difference between those two first kick chorus kick and then the other thing to keep things alive is ear candy you can see: 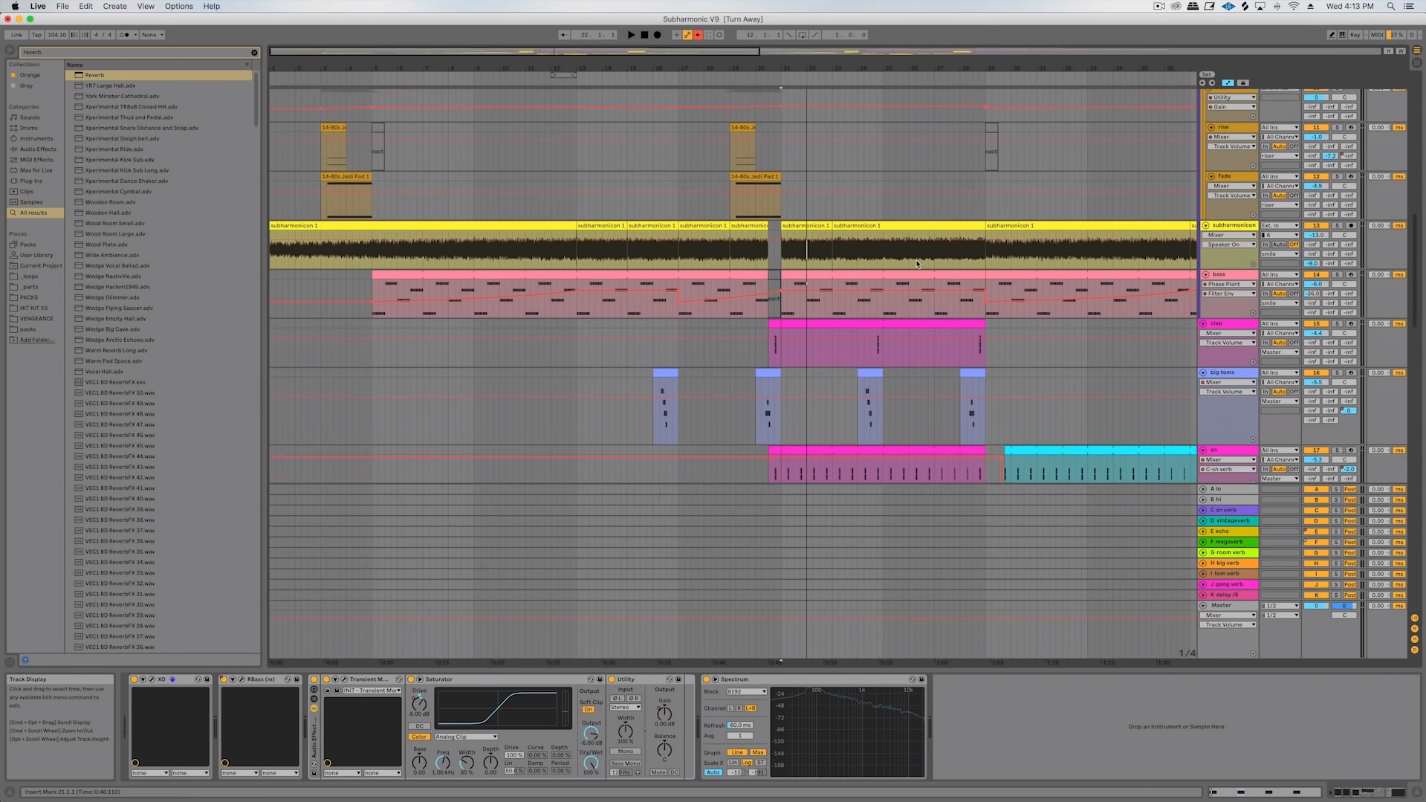 I have got a whole bunch of parts here that just play like every once in a while. Most of their tracks are blank, so we've got some risers, Tom pills( this thing in the chorus that I called twinkle). And that's what kind of stuff you don't even consciously notice in the chorus, but if it weren't there the atmosphere would just be a little drier.

I hope you're seeing there's a lot of stuff you're gonna do in your songs that no one's gonna know is there except you. They won't know it on a mental level but they will definitely feel it.  Little chime part that only comes in once in a while here it's just playing one note. 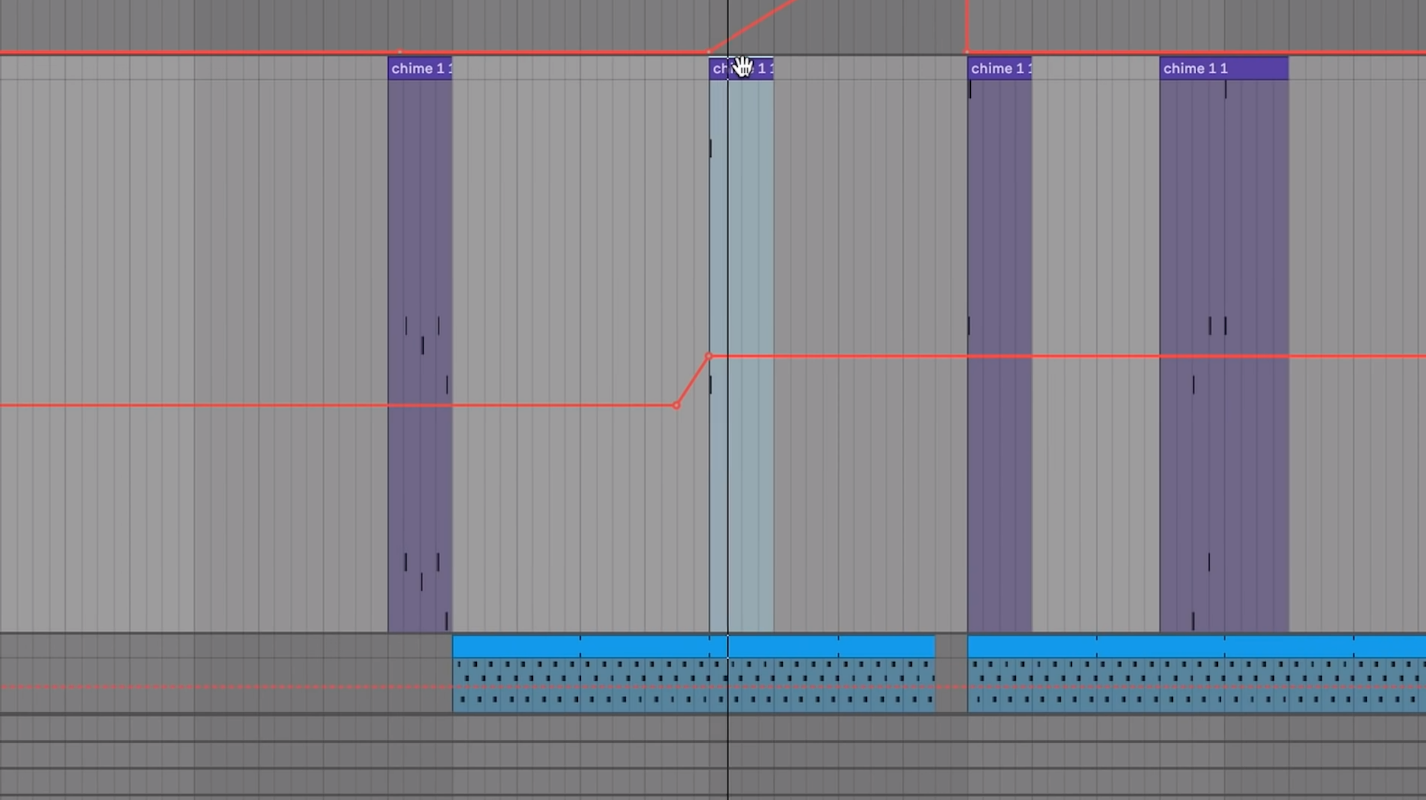 So, hopefully, this inspired some strategies for you. There are really infinite possibilities when it comes to this stuff but the important thing to remember is for most instruments and most genres you want to avoid your parts being static.