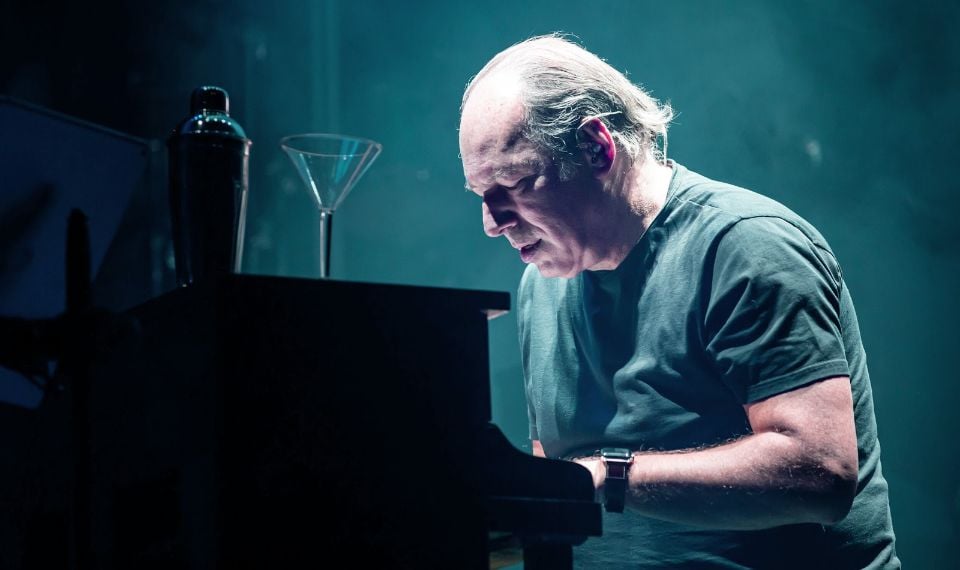 The film industry is so famous for its composers that anyone with a little knowledge of the subject can name a few composers that he likes. Along with the usual and just good specialists, several people, who were able to become what is called great, stand out clearly. First of all, we are talking about John Williams or Elmer Bernstein, but they are representatives of the old school.

Zimmer is probably the most famous surname of all film composers. Ask any person to name a few composers quickly and 90% of people will name Hans Zimmer first. At the same time, for many, this will remain the only named specialist. Zimmer was able to achieve such fame in the general consciousness thanks to his work in the most famous blockbusters, such as the Pirates of the Caribbean series. But today, we will talk about his best works. About those films that, perhaps, not everyone has seen, but the music to which is fascinating. Let's roll. 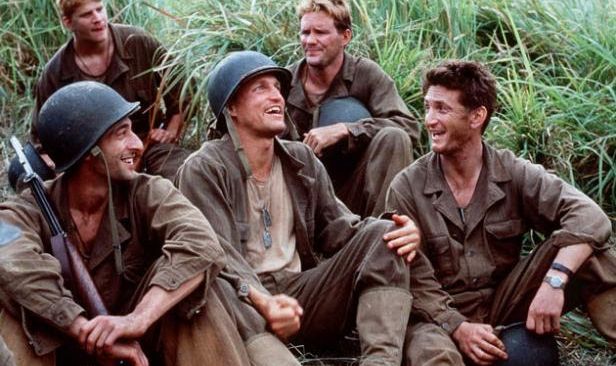 The Thin Red Line is a hard-hitting film about the war in the Pacific theater during World War II. A hard film not only in its content but also in the way it was created. Working with Terrence Malick is always a real challenge for any professional and Zimmer was no exception. The result of his labors is an amazing soundtrack.

As a basis, Zimmer decided to take the Malinesian choir, which performs two songs in the film. It was the foundation of the whole concept, tracks reminiscent of how life goes on around this pointless carnage called war - the main theme of the film. It is always felt when Zimmer writes music for a mainstream film on order and when he really invests in his work. The Thin Red Line is the second case.

Magnificent, beautiful, sad music accompanies us for almost 3 hours of film and it is not possible to listen to the inner reasoning of the heroes and their magnificent dialogues about imminent death and the meaninglessness of war without Zimmer's music. 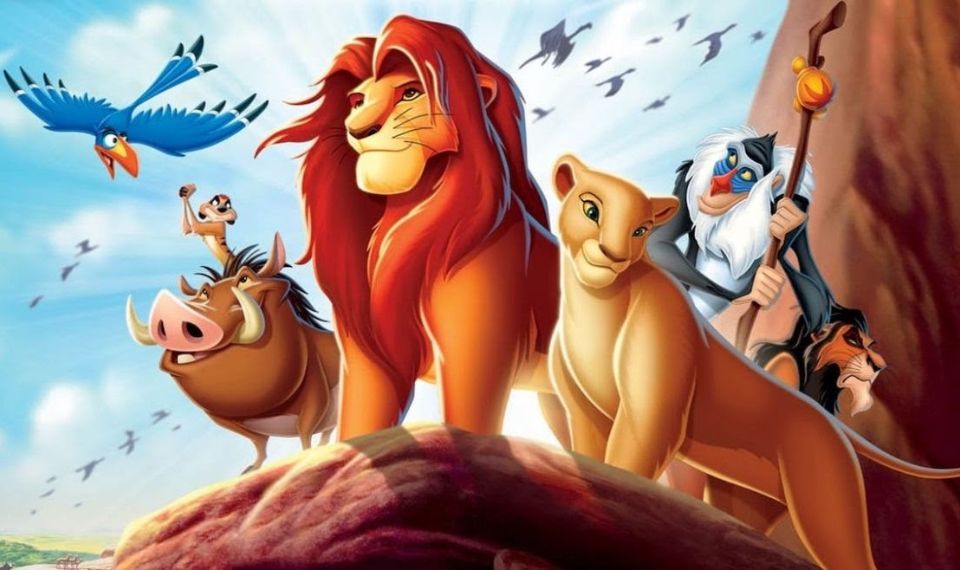 It seems incredible that to this day, the Lion King of 1995 remains the only work for which Zimmer received an Academy Award. And nevertheless, it is a fact, only the work on the Lion King was considered worthy, although we would argue with the statement that it is the only one like that. The story of Zimmer's relations with Oscars is a bit like the story of Leonardo DiCaprio, in reverse. Zimmer quickly received his Oscar and then made a huge number of incredibly beautiful works, but every time the award went around him.

As for the Lion King, this is absolutely cult music that everyone has heard. It evokes instant associations, ranging from the song of the natives at the beginning, ending with Elton John. And everything is in its place, all the music is located ideally on the canvas of the film, and such compositions as This Land, Under the Stars, King of Pride Rock, and Circle of Life are forever in our hearts. 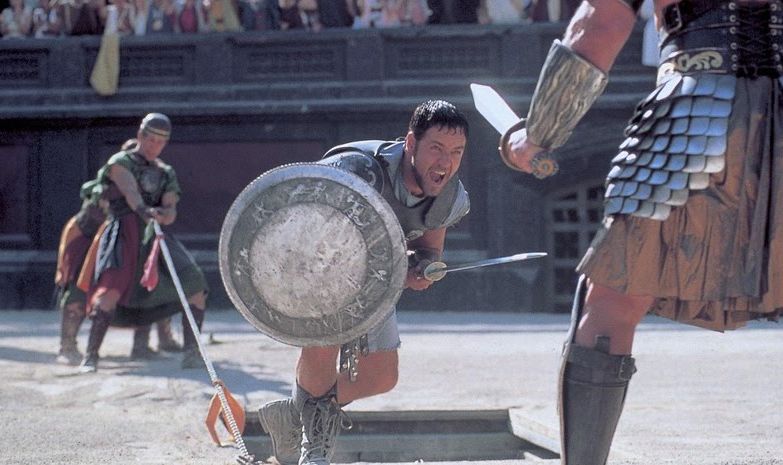 We think the truth, as always, is somewhere in the middle, and it lies in the fact that Zimmer really took the heroic sample he liked for the battle scene and wrote the main theme for the Pirates on its basis.

As for Gladiator, this soundtrack is truly great and beautiful. It is with this work that Zimmer's long and fruitful collaboration with the artist Lisa Gerrard will begin, who performs and sings in a unique style - without any language, but with pure emotions. It is her vocals that can be found in most compositions, especially at the end, in such cult tracks as Elysium, Honor Him and, of course, Now We Are Free.

In the latter, which is the main association with film for the general public, Zimmer and Gerrard took it to a whole new level. So much so that even they themselves were able to reach such heights only once again in the music for the film Black Hawk Down. 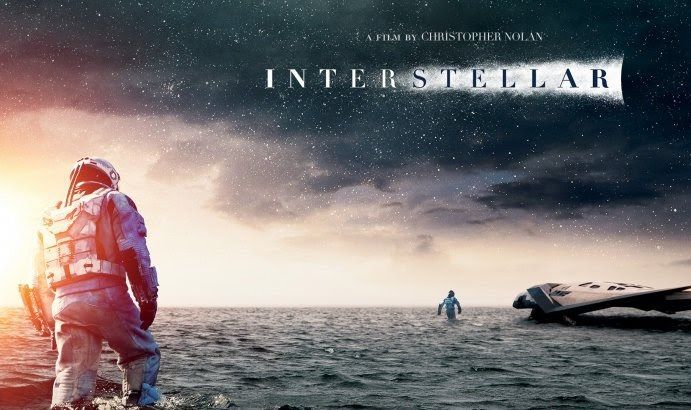 And finally, we would like to say about some works from the list of Zimmer's fruitful cooperation with the most famous director of our time - Christopher Nolan. This is what Zimmer is best known for today - his works for Nolan's films.

There is a whole galaxy of magnificent works and it was very difficult to choose one. Of course, you can recall the epic and voluminous work for the Dark Knight trilogy. Someone fell in love with the ticking noise of Dunkirk. Of course, one cannot help but recall Inception, where such compositions as Mombassa and Dream is Collapsing evoke instant associations. And the composition Time generally became the most famous work of  Zimmer.

But still, choosing from Zimmer's works for Nolan, we settled on Interstellar. A large-scale work for a huge film, which takes place on two planets, in a black hole, and in two time spaces. Writing music for such an epic space sci-fi drama is a real challenge. It's no surprise that Zimmer turned to Stanley Kubrick's Space Odyssey and decided to dig from there. And although Hans could not use the classical compositions of Wagner and Strauss, his music also began with that very chord on the organ that stretches and stretches, and it seems that it will never end.

In general, it is very difficult to evaluate such a large-scale work, it is a real masterpiece, and such tracks as Detach, Coward, Mountains, and S.T.A.Y. provide us with the maximum getting into the dynamics and emotions of the scene.

Hans Zimmer is truly a great composer and many moviegoers without hesitation call him a favorite. Now, due to the COVID-19 pandemic, the entire film industry is on the brakes. Under normal conditions, we would be preparing from day to day for the premiere of Zimmer's new work, for which he even refused to write music for Nolan's new film - TENET. We're talking about Denis Villeneuve's film Dune, which was supposed to be released this December. As a result, the premiere was postponed for a year, so we won't be able to enjoy Zimmer's new music soon.