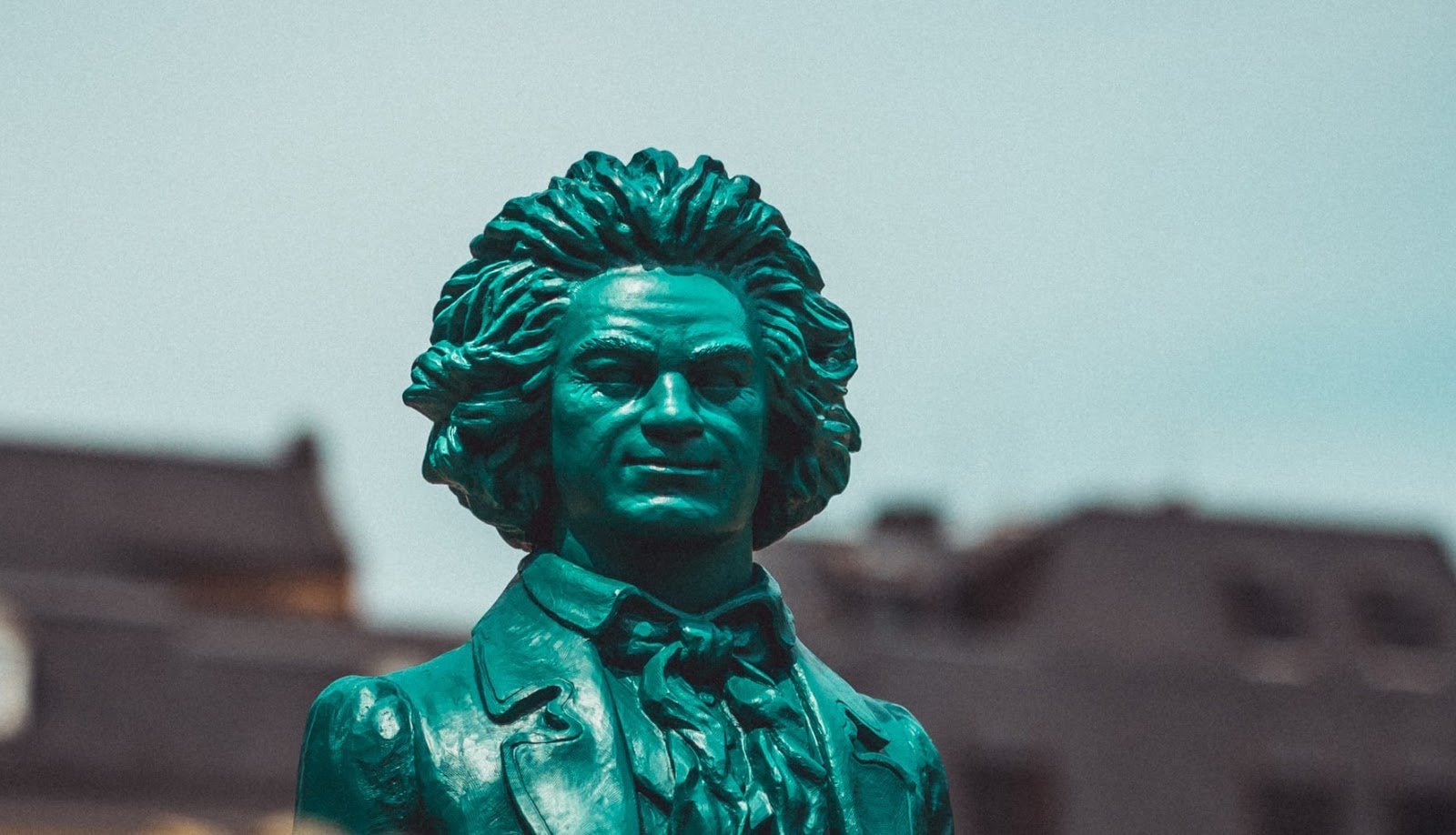 Beethoven: the story behind the 9th symphony

It is not for nothing that classical music has survived to this day. One of the main reasons why this music, written 150, 200, or 300 years ago, still excites the minds of listeners and evokes a whole range of emotions is the incredible talent and genius with which this music was written.

Our example today is Beethoven's Ninth Symphony. The last creation of the author, which he demonstrated to the Vienna public on May 7, 1824, is unique for several reasons. We will touch on this in more detail below.

In our article, we tried not only to talk about how the last Beethoven symphony was written but also about what the author, the genius composer of his time, had to go through. What life and social circumstances influenced the fact that Beethoven decided to make this symphony the only vocal work in his practice. And why is the 9th Symphony still considered the most brilliant piece of royalty free classical music and the European Union has been using it for its anthem for many years. Let's roll. 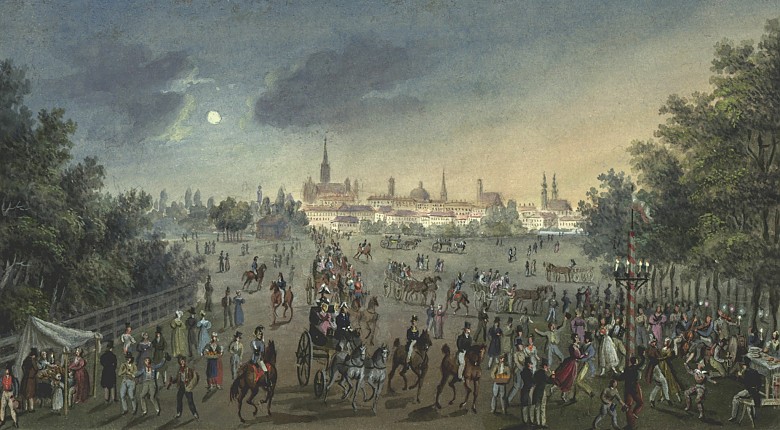 In order to better understand the feelings that a person experienced at one time or another, you should always try to immerse yourself as much as possible at this time, in this society, try to feel the emotions and feelings that the author experienced. In the case of Beethoven, this is, of course, terrible disappointment and anger. By his nature, and since childhood, Ludwig was a freedom-loving person, in many ways even liberal. The construction of his political, social, and life views was greatly facilitated, of course, by the Great French Revolution of 1789-1799 and the subsequent collapse of the monarchy in some countries, primarily in France. Beethoven sincerely believed in the new Republic and in the fact that the old monarchical regimes in the main countries of Europe, including Austria-Hungary, are a relic of the old times and the time has come to get rid of them.

The Napoleonic Wars that followed the Revolution only strengthened this faith in him. Looking at how the whole of Europe took up arms against Napoleon, who embodied a man of a new formation and the dream that Beethoven himself aspired to, he became angrier and angrier with the Monarchy and the postulates that it defended. Do not forget that Napoleon entered Vienna twice victoriously, defeating the Austro-Hungarian troops before that.

We all know how it ended. European countries needed 7 coalitions to stop Napoleon in 1815. After that, the royal family of the Bourbons was returned to France, and the monarchical regimes, fearing similar revolutions in their countries, began to harshly suppress any attempts by liberals and other representatives of the left-wing to rebuild the social system in the country. The same tightening took place in Austria. In order to understand the consequences of the victory over France, it is worth remembering that all monarchical regimes in Europe ceased to exist only after the end of the First World War 100 years later.

Symphony of the freedom 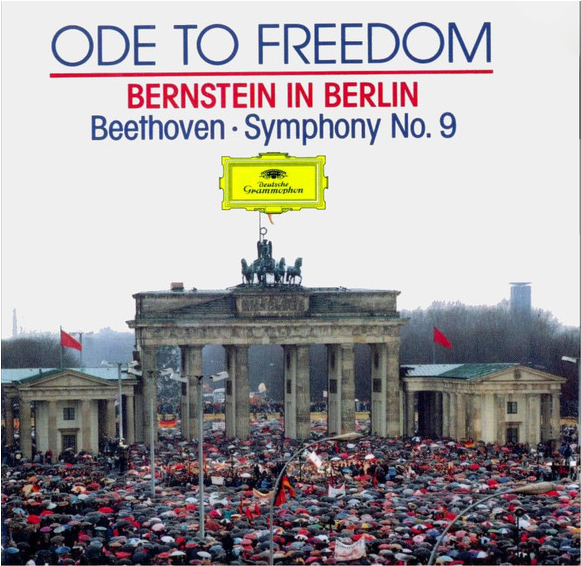 Watching Europe sink into the abyss of the monarchy's hopeless stupidity again, Beethoven felt great anger. Serious illness, loss of vision, and general poor health of the author only exacerbated all these emotions. Beethoven realized that he was already at the finish line of his life. In his letters in those years, he complained about the terrible state of health, both physical and mental, and, having analyzed these letters today, we can conclude that the author was in a terrible depression and was approaching his death. The more we understand the state in which Beethoven was, the more we are convinced of the genius of the work he wrote.

Beethoven conceived his latest creation as a hymn to freedom and joy, uniting the entire progressive population of Europe and the world. Now you understand why this composition is so suitable for the role of the anthem of the European Union, right? Starting with soft violin notes, the symphony then grows into a powerful orchestral explosion, using every possible instrument. As a result, the final and most famous part of the symphony (exactly the one whose finale is the ES anthem) begins with a powerful explosion and the immediate beginning of the vocal part. First, it is a solo soprano and after that - choral singing. As a result, the composition comes to its most famous part. Resaearchers of Beethoven's biography studied the surviving drafts of the author, and it was this part that was of greatest interest. From the outward appearance of the drafts, it was clear that Beethoven polished this part, trying to bring it to the ideal. The drafts retained a huge number of crossed out points and corrections. Beethoven strove to make the finale of his last symphony as memorable as possible. And for this, it had to be made simple, so that any person, be it a child or an old man, could remember the tune from the first time and easily hum it a couple of minutes later. This is exactly what Beethoven managed to achieve. The final part is recognizable anywhere in the world and so brilliantly evokes instant associations with something aristocratic and at the same time for ordinary people, associations with what Europe is and what it should be, according to Beethoven. Namely - a liberal society of freedom-loving people free from the monarchy.

Finally, we would like to say that you may not like the Ninth Symphony and this is absolutely normal. Each person has their own tastes, especially if we are talking about music. However, Beethoven's last work is valuable not only as a musical masterpiece but as a work of art in general. With his music, Beethoven managed to make a gap in time, and 200 years later people around the world still listen to this music and feel what Beethoven was striving for in 1824.