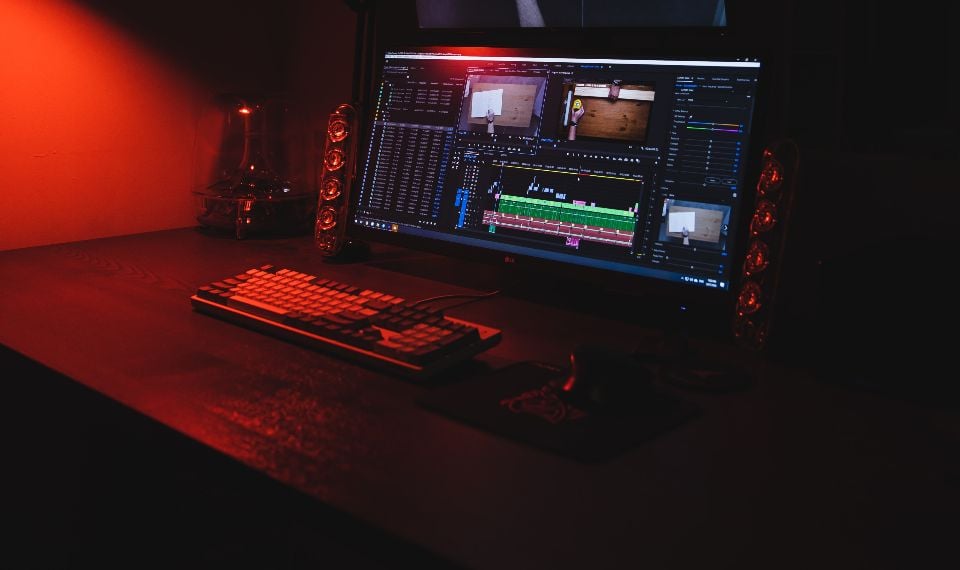 After Effects vs. Premiere Pro

Adobe Premiere Pro and After Effects are, without exaggeration, the two most popular modern tools for working with video content, primarily for editing. In our today's article, we will try to compare both tools in terms of their quality, purpose, and other parameters in order to help you choose the tool that you need for your tasks at the moment.

Delving into the details, it becomes clear that Premiere Pro is more often used for editing, while After Effects is more about working with graphics and adding effects. At the same time, both tools work perfectly together and you can often find a situation when a video specialist performs editing work in Premiere, then transferring the edited video to After Effects.

However, let's dive deeper into the question.

Premiere Pro is a recognized leader among the tools for non-linear editing. At the same time, the functionality and interface of the application allow both beginners and experienced editors to use it according to their needs.

The range of applications for Premiere is very wide, it allows you to work with both video and audio files, and the resolution and weight of the video do not matter, whether it is 4K video or large VR files. At the same time, Premiere functionality allows you to process and edit several audio or video tracks at once, combining them into one or more files.

The application is multifunctional and is not limited to simple editing needs, which is why it is so popular among users. In addition to the standard features, Premiere Pro has color enhancers, deep customization of audio tracks, noise reduction, and functions necessary for working with surround sound in VR videos.

What Premiere Pro is usually used for:

After Effects is the same popular and multifunctional tool as Premiere Pro. However, if the first one is more focused on video and audio editing tasks, then After Effects, as the name implies, gives its users the broadest functionality for adding various special effects and video processing.

The range and quality of the available features are so impressive that After Effects is used all over the world not only by amateurs to add style to their videos but also by professionals in the music and film industries.

After Effects is being used after the editing stage, when the finished video needs to be given gloss and style, adding color correction, effective transitions, titles, and so on. The main features worth mentioning separately are the ability to work in 3D, lighting regulation, changing the camera position, and adding new 3D elements.

Such deep customization and editing are achieved due to the fact that all videos in After Effects are represented as a structure of many layers, each of which can be moved, deleted, changed, or added to it any effects. The app also allows you to create graphic and animation videos from scratch, which is a great opportunity for the aspiring illustrator to get his bearings and get creative.

And as if that weren't enough, After Effects support built-in JS widgets, which are used to automate any routine and repetitive tasks, thereby significantly speeding up the process of working with a large number of videos.

What After Effects are usually used for:

How is After Effects different from Premiere Pro?

The main difference between the tools lies in the different areas of application. While Premiere Pro is used primarily for audio and video editing, After Effects is a huge sandbox where anyone involved with design and video can again feel like a child and a pioneer.

And while some of the features between the two apps do overlap, comparing them is like comparing a bike to an airplane. You just use them for different tasks, although you are moving in some direction here and there. But you need an airplane to cover long distances, and a bicycle to travel to the nearest village.

In view of this, it is not entirely correct to compare both applications in terms of how they differ in details, since the very essence of their existence is somewhat different, although they serve the same purpose: processing video and audio tracks.

Why is it better to use both apps?

Because using both applications will allow you to complete the whole cycle of work on a raw video clip or create one from scratch. From editing and noise reduction in Premiere Pro to polishing (adding text, effects, color correction, and removing unnecessary layers) of a video clip, a designer or editor can eventually get hold of a finished marketing product (if that was your goal).

Thus, having a raw video clip in hand, the following sequence of actions looks the most logical:

Summing up, we would like to say that this situation is not the case when it is better to use some kind of a single versatile tool. Adobe understands the needs of its customers, and therefore allows you to synchronize all of its tools so that you can very quickly transfer a file from one tool to another, without worrying about such trifles as the wrong format. This universalism can be achieved by having a subscription to Adobe Creative Cloud (more than 20+ tools for your use).