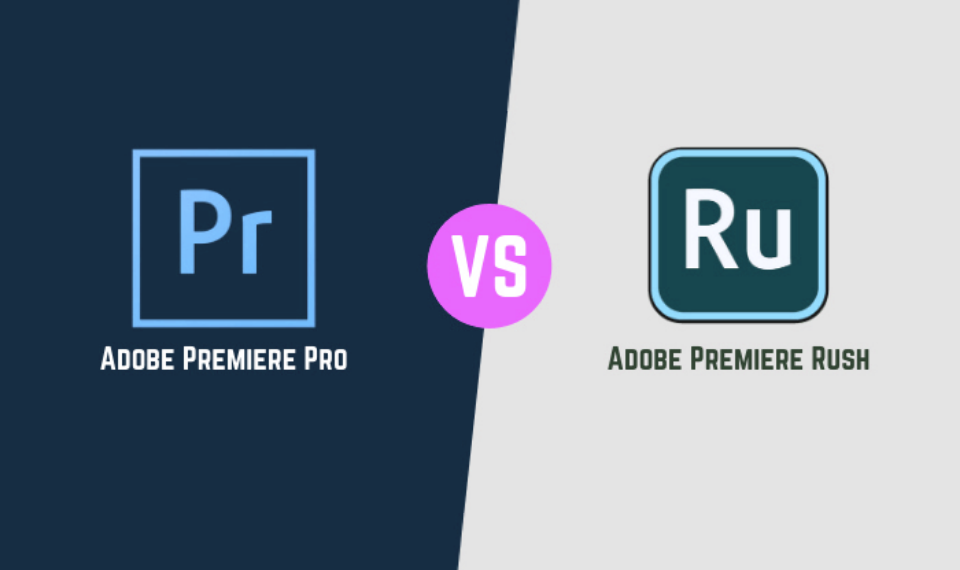 Adobe has software for every type of creative project, or so it seems. There are so many apps in the Creative Cloud lineup that there are now multiple apps for the same type of projects.

So when it comes time to create your next video project, which of the two apps should you use? The answer, as usual, depends on several factors. In this article, we'll look at and compare these two apps and help you to decide which one is right for you. Maybe even both of them.

Is it the Best Video Editor? Meet Adobe Premiere

You've probably heard of Adobe Premiere by now. It's one of the most popular video editing platforms, used by everyone from amateur videographers to Hollywood film studios.

Premiere has all the tools you need to create your videos. Sequencing, assembly, color correction, and editing require a separate approach and set of steps, and at the top of Premiere, you can click on preset interface modes that quickly rebuild the application to put the tools you need at the center.

With Premiere, Adobe's goal is clear: to edit completely your video from start to finish. Premiere can do the entire video creation workflow. There's a tool for everything, and optional extensions, plug-ins, and presets to add additional features. Adobe wants Premiere to be your all-in-one editor.

The only thing missing from Adobe Premiere are full-featured animation tools, which are best left for another, well-integrated Adobe product: After Effects.

Premiere's problem is the learning process. With too many tools in one application, you'll have to spend a long time learning all the details to create a video. It may be difficult if you need to complete a basic project quickly.

Adobe Rush is the new brainchild, and it embodies all the features of today's apps: cloud synchronization, mobile app design, and smart features that work for you. These features make it the perfect choice if you do occasional video editing and prefer simplicity over a full library of tools and layouts. Adding and overlaying videos is as easy as dragging and dropping.

Rush is also clearly aimed at social media content creators. The export settings make it easy to publish them directly to social networks like YouTube and Facebook. Stylistically, the text overlays look like the headlines you might see on your favorite YouTube channels. One of my favorite features of Adobe Rush is that it has a full-featured mobile app. For example, editing video production on an iPad seems like a first-rate experience. Mobile apps don't have the features you'll see in desktop apps.

Both tools can have a place in your video editing workflows. So, which one should you choose? Here are some recommendations for which app might be the right choice for you.

Best for Editors Creating on the Go: Adobe Rush

Rush isn't the first mobile video editing app, but it's one of the most exquisite I've seen. Adobe is prioritizing the development of a mobile app that provides continuity for your editing projects.

If you travel frequently or want to make changes to mobile apps, Adobe Rush is a perfect choice. I've done some test editions directly on my iPad Pro and found it to be equal to desktop editing (except for the accuracy that the mouse and keyboard provide.) Rush does a great job of compressing sample footage and syncing proxy copies to the cloud, so you can work with footage without downloading the original clips at full resolution.

For the video editor who works with video occasionally, Rush might just be the perfect solution. It's free to start with for your first three video exports, so it's perfect for getting you excited about the process of creating a video project.

Adobe Rush doesn't pretend to have every possible editing tool. It has enough features for most basic video editing, from transitions to color adjustments to simple text overlay. It's a good enough video editor that will come in handy when you need to work with video footage. Rush focuses on the basics of video editing to make it easy to learn.

Another advantage of Rush is that it supports. MOGRT (Motion Graph Template) files. Many resources already exist in MOGRT format, and using Rush allows you to take advantage of them.

In my opinion, Rush is great for part-time video editors who like to edit on the go. The quality of the mobile app and the simplicity of the app is worth a try if you haven't already invested in another app.

The best tool is the one you have already known how to use. If you have deep experience with a desktop application like Adobe Premiere, there's no reason to leave now. You've already spent time learning the app, so don't get distracted by every new app that's offered.

Premiere has almost every feature you could need in a video editing platform. You won't get stuck editing because a feature is missing. You can always solve this problem by learning a little more about Premiere or by using a third-party plugin that helps bridge the gap.

If you're choosing a platform for the long term, Premier may be the best choice. It's here to stay, and there's a huge community of users who will push Adobe to keep it updated and packed with features.

Adobe says the new speed features are designed with the Rush audience in mind - with simplicity for non-professionals, but with flexibility for more advanced users who prefer to work with Rush because of the ability to edit from a mobile device. Adobe says the speed changes applied to Rush will be carried over to projects that will later be opened in Premiere Pro.