Why use a third-party app if you already have a fine smartphone camera?

Modern smartphones come with high-resolution cameras, and most of us have an almost professional video recorder at the disposal.

Provided that you know how to work with it.

As usual, most users do not think about the extra capabilities of the camera, preferring a native app. Well, for amateur shooting, this may be enough.

But if you are creating video content for your vlog or social media projects, a regular mobile camera will need extra help. With a third-party recording app, you will be able to use additional tools that professional videographers use.

So, here we will tell you about the most popular and useful apps for professional video shooting on the iPhone. 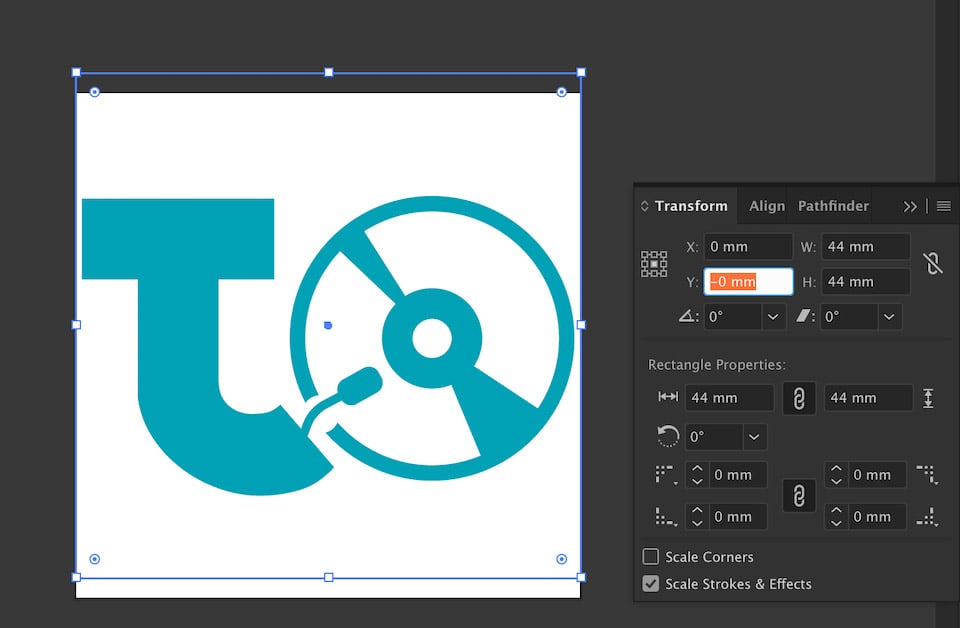 It appears to be the most noteworthy and all-in-one recording application for iOS.

The interface is adapted for use on the iPhone and iPad. The software gives you full manual control over frame rate, video resolution, bitrate, aspect ratio, zoom speed, white balance (WB), shadow and light, color temperature and saturation of the image, and allows working with sound.

The most important thing is that Filmic Pro solves two main problems that arise when shooting with a smartphone’s native camera - a “hunting” focus and changing exposure.

There are two indicators showed on the screen - a round one for adjusting the exposure and a square one for the focus. 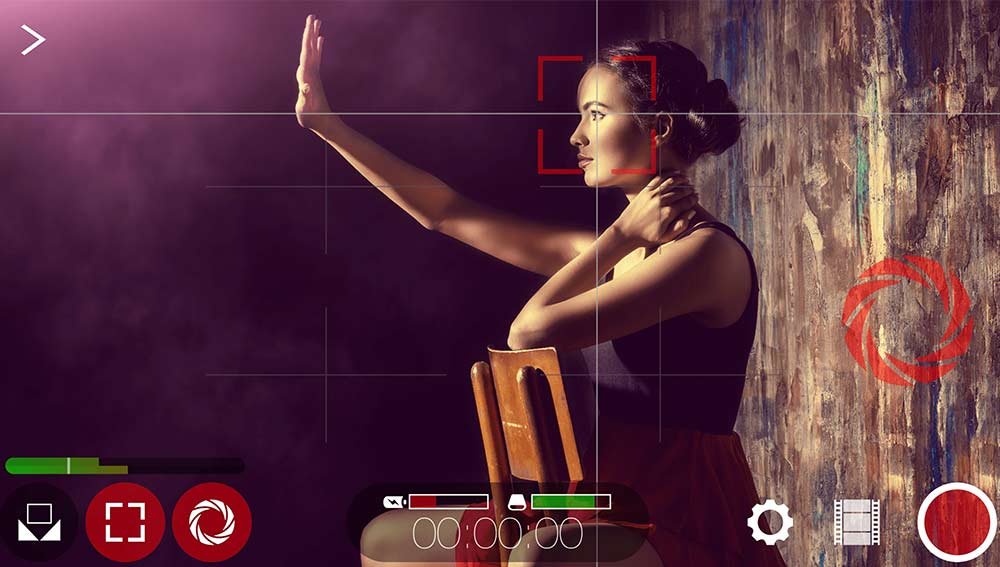 To adjust the focus, move the indicator to the area where you want to focus on and lock it by tapping.

Besides, the main app’s features include the adjustment of slow motion, a three-mode histogram, and a grid to create a composition. 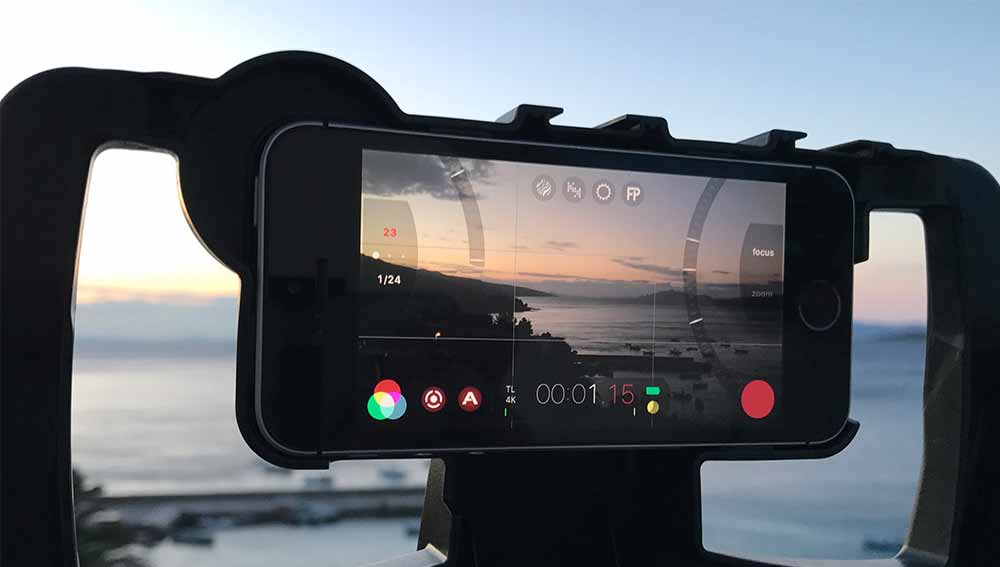 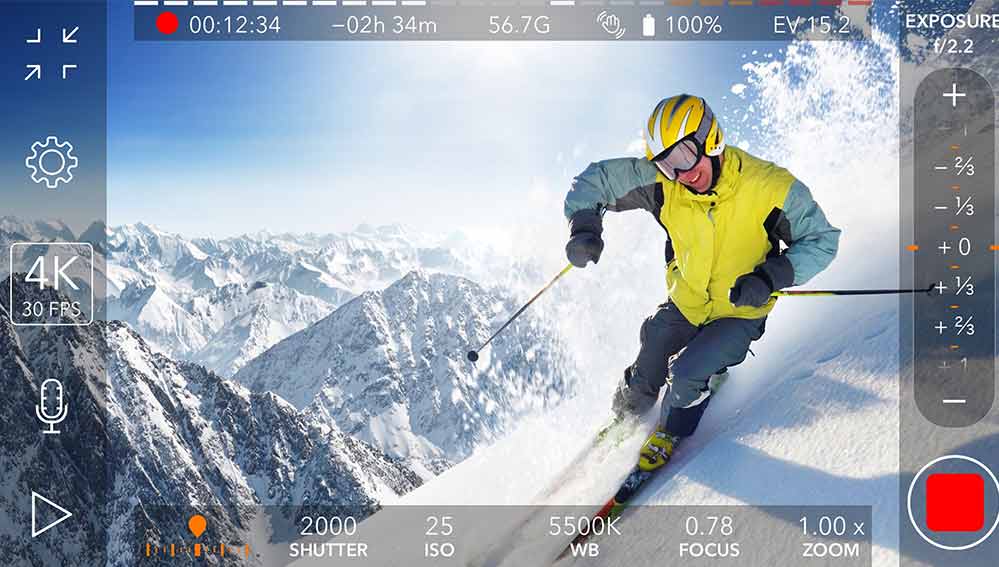 This app is on a par with Filmic Pro feature-wise, but cheaper and simpler.

There’s no need to dig through the settings, everything you need is on the screen.

You can always see the battery level, how many hours of shooting the phone memory is available for, the exposure settings, and even a light meter. 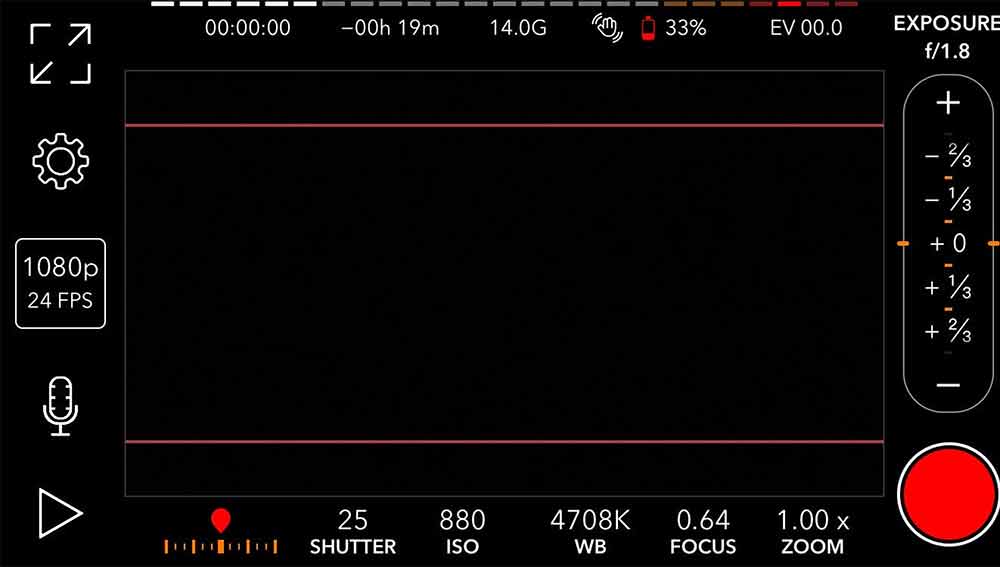 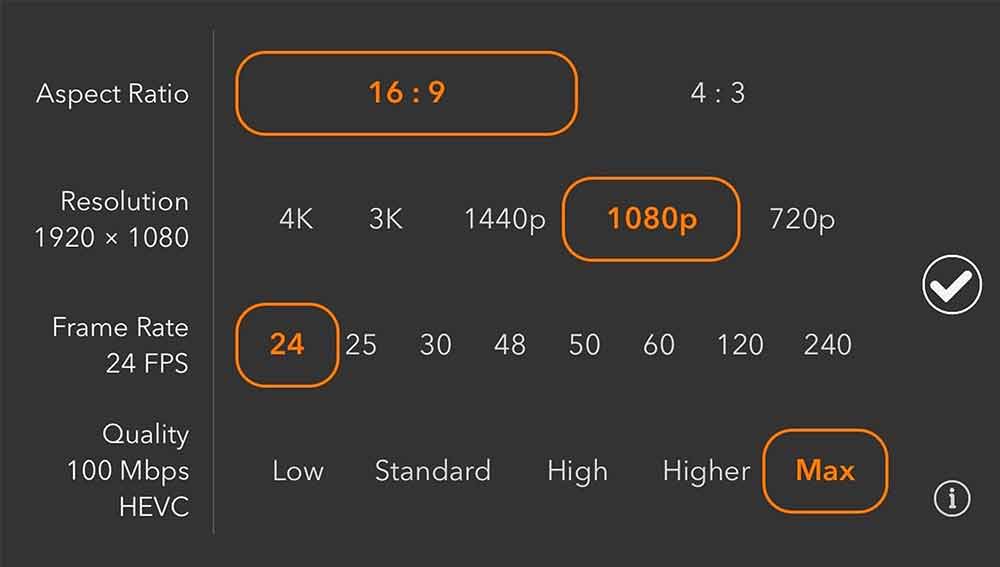 The footage is stored in the internal library of the app, from where it can be downloaded to a smartphone.

Price in the App Store - basic option is free, $2.99 to remove a watermark.

Lifehack: The watermark can be removed for 30 days if you leave feedback about the program in the App Store. At least as indicated in the settings.

A fairly new app, which has already won fame and awards. It stands out for its wide functionality and a large number of remarkable features.

The app doesn’t have a comprehensive range of shooting parameters but has a rather diverse set of high-quality filters and effects, which can be used both in real-time processing while shooting and for post-processing. 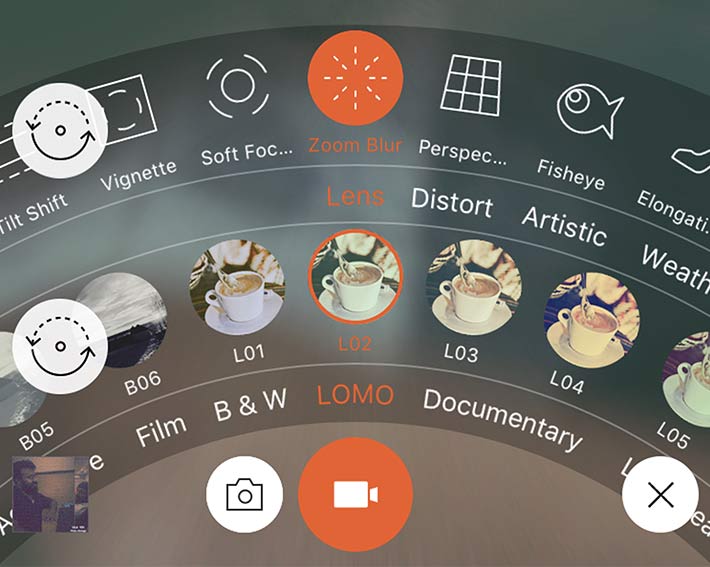 MuseMage enables you to replace the background (keying option) in real-time and it has a five-axis image stabilization function.

Unlike previous apps, MuseMage comes with simple but convenient tools for footage processing and editing.

To prevent the user from getting lost in the variety of functions, the developers used an interesting visual solution - the main menu on the monitor is presented as a segmented rainbow.

It seems confusing at first glance, but you can get used to it quite quickly. 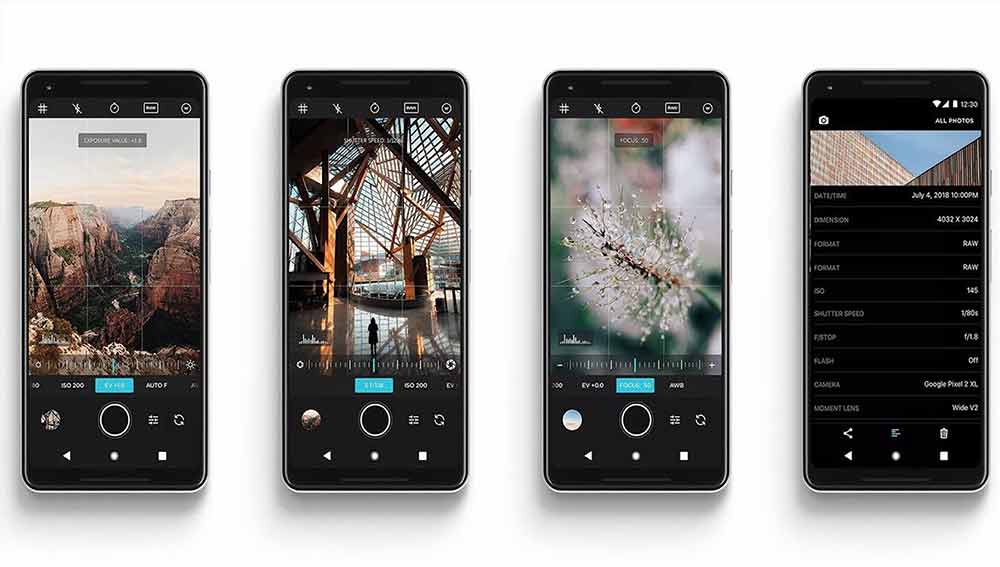 The app for photography and filmmaking from the well-known professional lenses for smartphones outfitter - Moment.

Rather recently, developers made an upgrade, and the app began to play out in fresh colors. 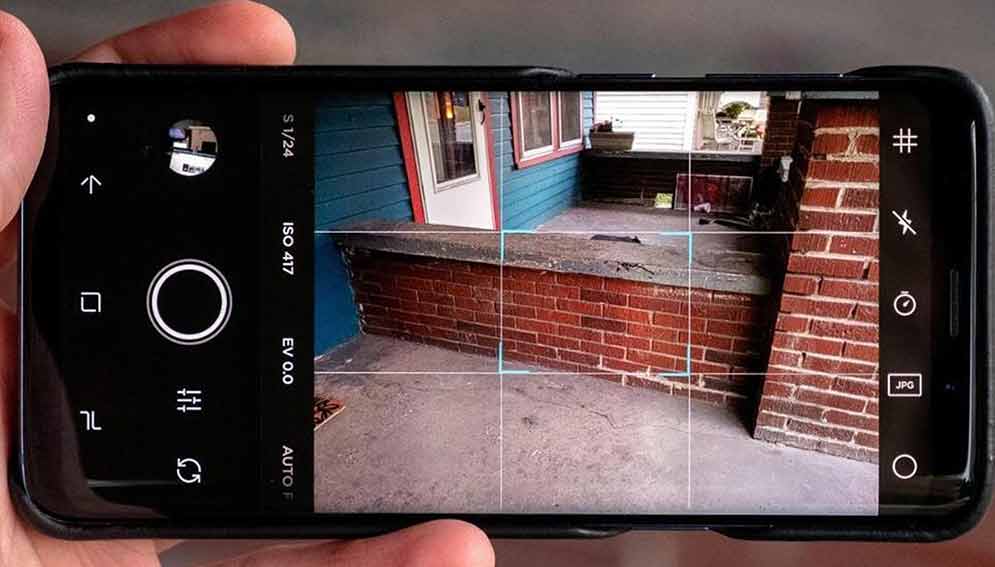 Camera settings imply deep control over the video. The user can manually change the video resolution (up to 4K), frame rate, ISO, White Balance, track the histogram, metadata and do stabilization.

The software supports a full range of lenses from Moment. However, it is also compatible with third-party gear. 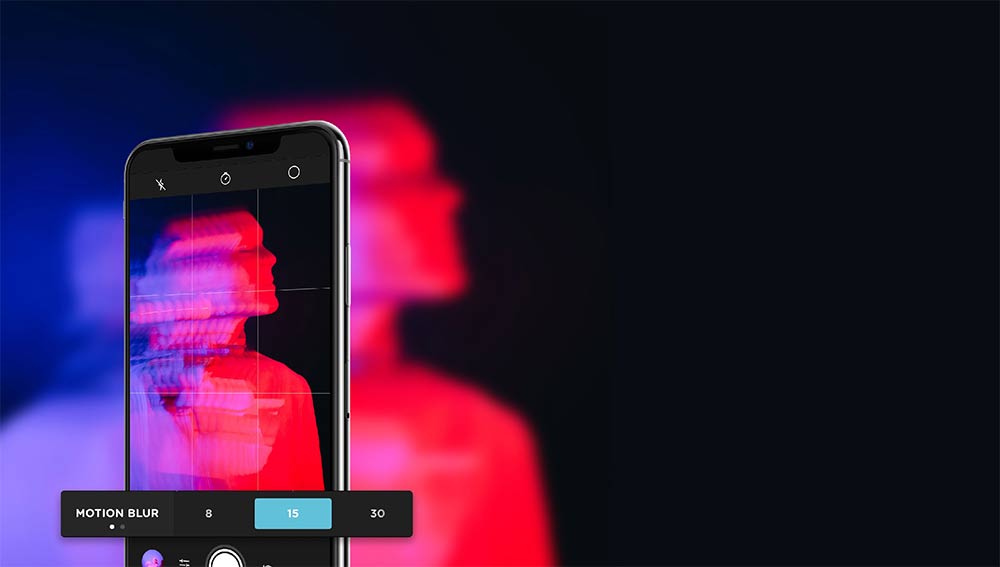 When shooting video, it is possible to install additional presets, such as Slow-Mo and Cinematic Video, or even create your own.