Fashion is changing rapidly. Every year there are new trends. This is also about the wedding video. What is relevant at the moment in the wedding videography? What effects and styles? Today, we'll consider this question.

Same Day Edit (SDE) is a popular trend in wedding videography and means shooting, screening, and editing on the wedding day.

Many newlyweds want to see the finished movie on their wedding day. So, the videographer's task is to edit raw video material as quickly as possible and create a finished video in just a couple of hours. When the clip is finished, just married couple and their guests can see it at the banquet. 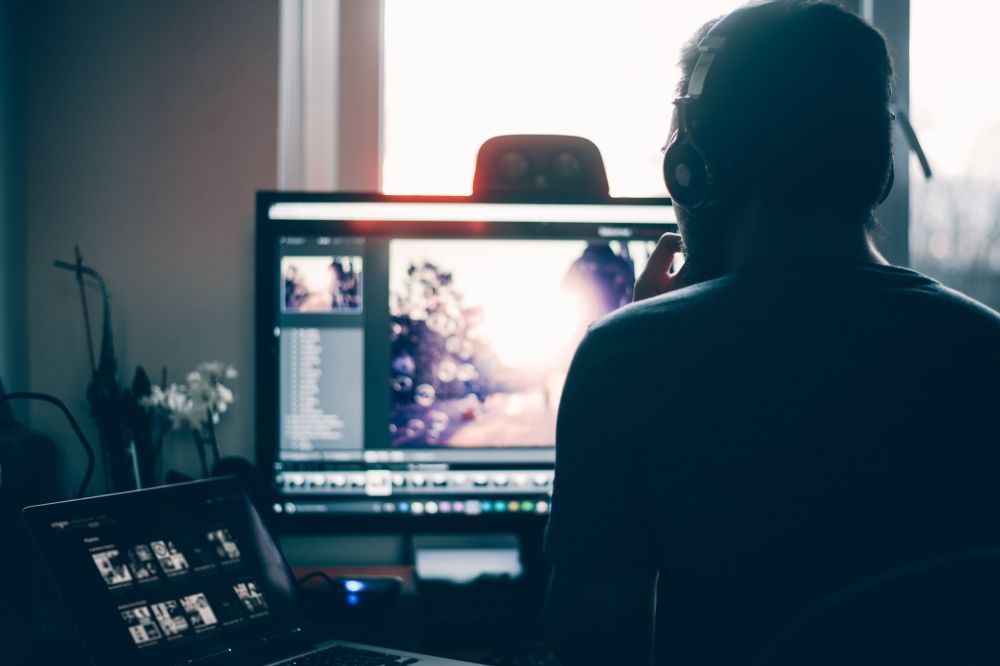 SDE is a small five-minute video that includes the highlights of the wedding day: the bride and groom gathering, the marriage registration and the walk.

Creating a video on a wedding day requires a lot of professionalism and coordinated work of the entire crew. To create a quality video in a short time you need to view and sort all the material, select and edit the best shots. Choose a musical composition for the video. Make post production: color correction and grading. And at the end of post-processing, you have to render the video, which takes time. 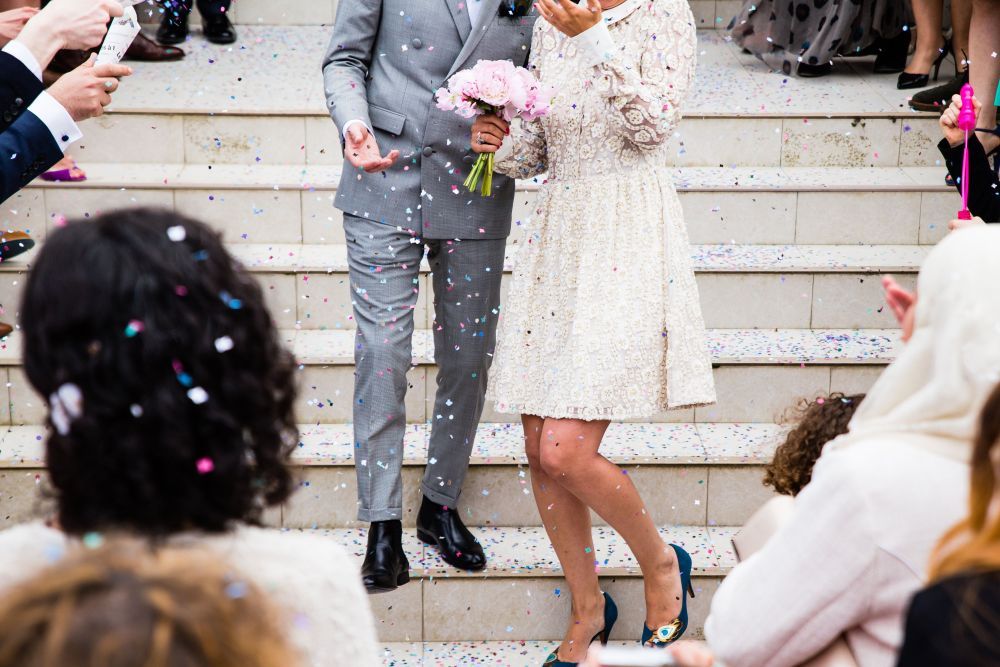 One of the most popular visual effects in wedding video is a 3D effect. 3D effects really look amazing. You can shoot video on a 3D camera to get a perfect three-dimensional image. Or you can add a 3D effect during video editing.

For example, to create three-dimensional titles and animation for the design of the film, add parallax effects. It is possible to do with such programs as Adobe Premiere Pro, Final Cut Pro and Adobe After Effects.

More complex effects for professional, non-wedding videos are created in such powerful programs as 3ds Max, Cinema 4D, Maya. Also, 3D effects and 3D graphics are contained, for example, in one package – Corel Motion Studio 3D and other packages with presets. With them, you can generate fantastic visuals, surround titles and animated text to create spectacular videos and wow frames.

There is such a popular trend in wedding videography as reportage video, without staged shots. The emphasis is on the natural live emotions of the newlyweds and their friends. This requires that the wedding film looked as realistic as possible and was similar to a documentary or television report from the event. 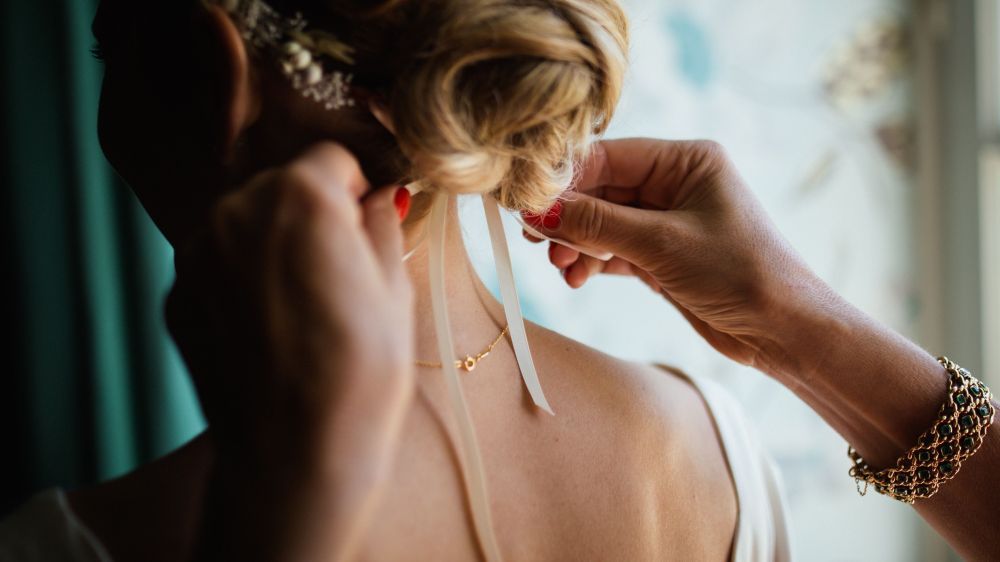 The task of the videographer is to capture the most important and emotional moments of the wedding ceremony. These moments will then go into the wedding video as the most meaningful.

This style of shooting is the most advantageous for the newlyweds and their friends. After all, they will certainly be pleased to re-experience all the fun, touching and warm feelings, sincere emotions and priceless moments of celebration.

Another trend is the creation of a wedding video trailer and teaser. It's a clip that looks like a movie trailer. 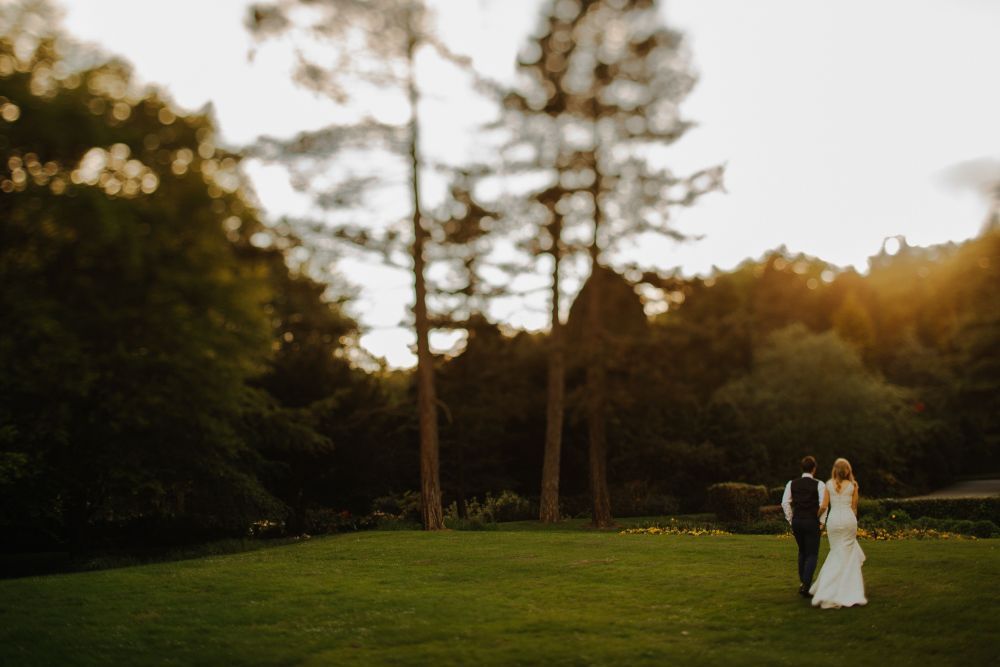 The trailer is synced to powerful epic music with mesmerizing panoramic shots and fantastic sound effects.

The teaser can be mounted in epic style as well. But this is a shorter video on timing. Its goal is to draw the viewer's attention to the full-length wedding film and show the most vivid significant fragments and wow-frames. The teaser needs to intrigue – this is its main feature. 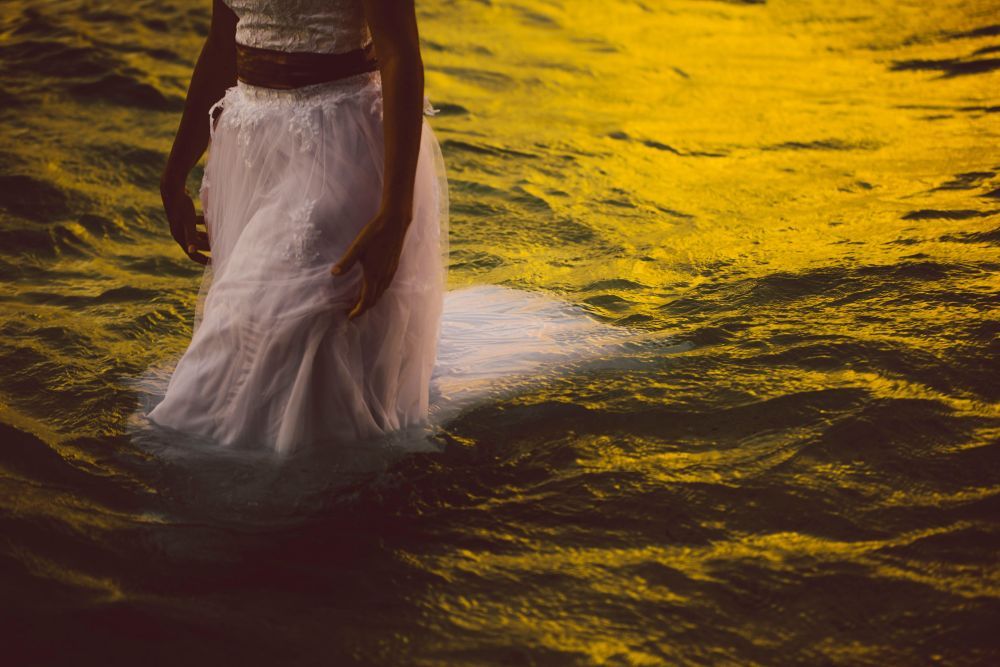 Video shot in the style of "Trash the Dress" is popular among newlyweds and wedding videographers.

Style "trash the dress" appeared in the early 21st century as an alternative to the traditional wedding video. This is a complete destruction of the standards of the wedding video.

This video is shot after the wedding, usually a year after, when the young couple celebrates their anniversary. When the wedding dress is no longer needed, the bride puts it on again and deliberately muddies it, jumping through puddles. Then there’s nothing to do but tear it up. Few more ideas are to start a pillow fight or have a cake-in-the-face party. Or a girl can stain her white gown with special paints so that it becomes multi-colored and dirty. A videographer takes it all on camera.

Usually, such a trash video is shot either in nature or in abandoned buildings and gothic ruins, or indoors in an urban style, loft style. Such decorations are the best. Newlyweds throw out their emotions, fight, paint each other, and have fun. The result is an emotional and exciting video in the style of "Trash the Dress".

To make a video look more interesting, you can add still images to it. It looks like the action on the screen temporarily stops to capture the moment. Just keep it balanced and properly sync to the music.

The combination of video and still frames changes the pace of the video and looks spectacular. This is an emotional move in video editing. The video smoothly turns into still frames, as if it freezes in time. Looks impressive! 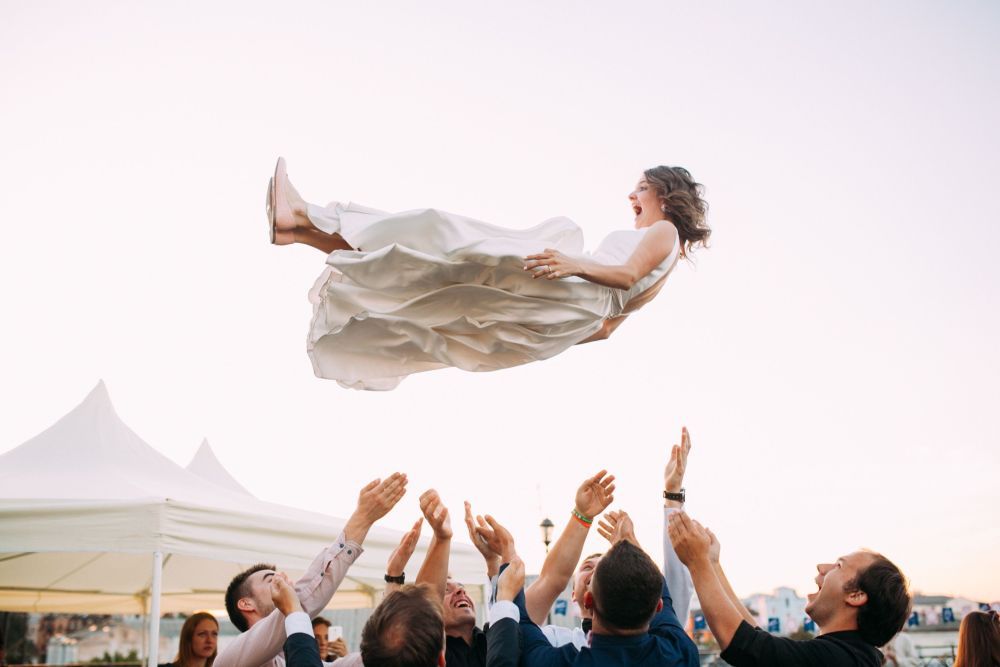 In short, when creating a wedding film you have a wide range of choices. You can follow fashion trends, use trend effects, mix popular styles or come up with something of your own. Use creativity in everything. Follow the trends, but stay on your own. Generate new ideas. And you will be able to create amazing videos.

Background music for a wedding video should convey the atmosphere of the day of celebration and emphasize the emotions. We've made a collection of our wedding music. Find a perfect romantic composition here.

Wedding videographers are increasingly using high-resolution cameras, such as 8K and 4K, to capture the wedding day in stunning detail. This allows for a more cinematic and professional-looking video, with sharp and vivid colors, and crisp and clear images.

9. Use of virtual and augmented reality to create an immersive experience.

Some wedding videographers are experimenting with virtual and augmented reality to create an immersive experience for the couple and their guests. This technology allows for interactive elements to be added to the video, such as virtual tours of the ceremony and reception venues, or virtual reality experiences that transport the viewer to different locations.

10. Use of color grading to create a specific mood and atmosphere.

Wedding videographers use color grading technique to enhance the visual aesthetic of the video by adjusting the color, brightness, and contrast to create a specific mood and atmosphere. This technique is used to match the theme of the wedding and to create a cohesive and visually pleasing video.